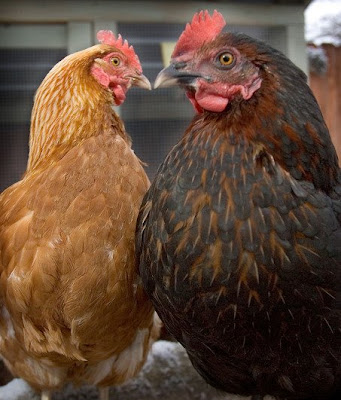 (Above: pick the loser chook and peck away).

Having just caught  up with scientologist and couch hopper Tom Cruise in Valkyrie - we have a bin of bottom of the barrel DVDs as emergency relief for winter despair - I was exceptionally pleased to discover a "jump the stump" moment which really puts jumping the shark into perspective.
It comes when the stumpy hero does a full blown Heil Hitler salute with his stumpy arm, and lays bare the stump in all its stumpy glory. Living in the land famous for inventing stump jump ploughs, it made the movie - the rest unfortunately involving a by the numbers coverage of a plot to kill Hitler, which you know from the moment the movie starts will fail. Unless you believe in alternate history and science fiction.
Yep, it's about a bunch of losers. As opposed to those winners the Nazis. Which leads me to this morning's theme, a mystical musing by Tory Maguire on the importance of discovering and establishing the losers of the world - If there's no losers, it is hard to find the winners.
In the latest incarnation of every child wins a prize, or in this case, no child wins the top prize, NSW and the ACT have joined the rest of the country in bringing to an end the chance for school leavers to get a mark of 100 in their HSC.

While in this case there is a statistical argument for closing the doors of the prestigious 100 club, I can’t help but lament the passing of the chance for some children to be considered, if not perfect, simply better than the rest.

Because without winners, it’s harder to pick the losers, and without losers, we all risk getting tickets on ourselves, and that’s a recipe for mediocrity.
And there you have as good an example of pecking order theory, or Hackordnung or Hackliste as Thorleif Schelderup-Ebbe called it back in 1921, as a way of describing a hierarchical social organisation,  and dominance in poultry in the chook yard, expressed by defence and aggression using the beak (with roosters throwing in the leap and use of feet in conflicts).
The notion of the pecking order is of course to discover who's top chicken, who's bottom chicken and where every other chicken fits into poultry society, and naturally the prize is preferential access to food and mates. Who'd have it any other way?
It's the perfect system for Nazis and for poultry, not that we're suggesting for a moment that Tory Maguire is Nazi poultry.
But it is wonderful how any attempt educationally to show some empathy for children who might struggle academically - every child wins a prize - is dismissed as some kind of empathetic charade, while the benefit of pinning the tail on the donkey losers is seen as a primary educational and social function for schools and teachers.
But then I'm told that the people who make the best bullies are usually the ones who've been bullied by their parents, and then turn that skill on their peers, while the desire for princesses to be judged the most perfect woman at the ball is one of the lamentable side effects of the perfect glass slipper theory of life.
But back to Tory and her theory of life in the chicken roost and the importance of nailing those losers:
The 100 ranking usually awarded to five or six bright young things who scored between 480 and 498 was a statistical joke that’s been played on the other 60,000 students who didn’t cut the mustard each year. Cruel – yes, but fair – sure.

Taking it away is like awarding two silver medals instead of one gold. And in a world of footy team trophies for “most punctual at training” (you know who you are), and pass the parcel games with a prize in every layer of newspaper, we’re running out of ways to differentiate who’s got the goods and who doesn’t.
Actually I don't think we are running out of ways, not while the Tories of the world insist that they know how to judge lumpenproletariat losers and ship them off to the gulags outside town and then wonder why the jails begin to slowly fill up with people who've been told that they're losers and then act like losers for the rest of their troubled lives. And some times turn up to haunt the winners living in their beautiful homes with their beautiful partners with their beautiful goods and their beautiful cars, who suddenly - by a quirk of fate - become losers. Because the losers envy the winners. So it goes.
Tory is very keen that at an early age we sort out the losers:
I haven’t been to a seven-year-old’s birthday party for a while, but I’m guessing musical chairs now requires a seat for every participant so no-one misses out. I’m not quite sure how you get around the issue with pin-the-tail-on-the-donkey, but I really hope it doesn’t involve giving the poor beast multiple rumps so no one misses his bum. Maybe these days you just play without the blind-fold.
Ah yes, I haven't been to a seven year old's birthday party for awhile either, but I do hope they maintain the tradition of giving a chinese burn to the loser. Or some other kind of torture. I always liked gathering in a circle around the hapless underdog and shouting loser, loser, loser until they burst into tears and ran away home to their mommy like the losers they were.
The NSW Teachers Federation has been vehemently arguing against both A-E grading of students and public league tables ranking schools’ academic performance for years, based on the premise score-cards humiliate those who don’t measure up.

It’s an argument that lets us all down, and is the reason blokes like the one in the above video audition for Australian Idol – no-one has ever told him he can’t sing.

Well lordy lordy where would we be without the benefit of public or private ritual humiliation of losers. Reality television for one, and what a loss that would be to the world.
And Tory is really keen that all the losers - the deluded ones who think they can sing - be punished and learn the lessons of life's hard knocks and be trained in what might be called Lord of the Flies syndrome. I guess it's more engaging than spending time detailing the squillionaires described by schools as failures and losers, who went out into the world and then suddenly discovered they'd found clever ways to make squillions. Losers turn winners or revenge of the nerds.
Tory herself has benefited from being called a loser:
Often the toughest lessons in life are the most valuable, especially if they are served with a bit of a swipe at the old ego.

After years of spelling at the level of, well, Tori Spelling, a wise woman at News Ltd threatened me with the loss of my cadetship if by the end of week one I hadn’t learned the basics.

After 13 years at school and a number at university, she was the first one to put consequences on the table if I didn’t lift my game.

At the time it seemed harsh, but in retrospect it was one of the best intellectual lesson’s I’ve learned (and am still learning, to be honest).
Tori Spelling a loser? Now that ain't right, at least if  you judge a winner by the number of rooms in the mansion in which they were raised. Then you're well over the magic hundred mark (and it can be yours for a tad over two hundred million).
But still the spirit is right, calling losers losers even if they might have been winners.
And in this spirit, what we need is a school system that continues to churn out losers, and which labels them as such, so they can continue to play a fruitful role in society as losers - preferably in a corner of the coop where they only get kicks and scraps and a jolly good pecking. Off to the Salvation Army, losers, and don't you come around here no more, no more.
Luckily this system of losers will go on forever, ensuring we have a world of losers, legions of losers marching off to loser-dom:
Fortunately both the State and Federal Governments are sceptical of the Teachers’ Federation nonsense and have linked education funding to a more honest system of assessment.

Let’s hope, however, the change in the HSC marking system was more about streamlining the administration than what looks like on first blush, the latest attempt to make those who don’t achieve feel better about themselves.

Yes, because the last thing we need is for losers to feel better about themselves, because well, and after all, they're just losers. Unlike Tory, who's a reformed loser. She's even learned how to write a closing para for a column:
Even those kids who would have once got a mark of 99 need something to aspire to, and missing out on the 100 club might have been just the ego dent they needed to realise that they, shock, weren’t perfect.

Those who did get 100 – well good luck to them, the rest of us could only marvel. It’s a shame we will no longer be able to.
Great. It's just what we need. A system that teaches even the ego laden winners that in their own imperfect way, they too are losers. Yes, the more guilt laden angst we can spread around, the happier society will be.
We haven't been bursting into song in awhile - perhaps because we have a loser voice which generated the lowest karaoke score in the history of that loser sport - but Tory has inspired us to contemplate loser songs about losers, usually having an existential crisis, which is of course something only losers ever have.
Take it away Talking Heads, and by the way Tory, you're still a loser:
And you may ask yourself
What is that beautiful house?
And you may ask yourself
Where does that highway go?
And you may ask yourself
Am I right? ...am I wrong?
And you may tell yourself
My god!...what have I done? 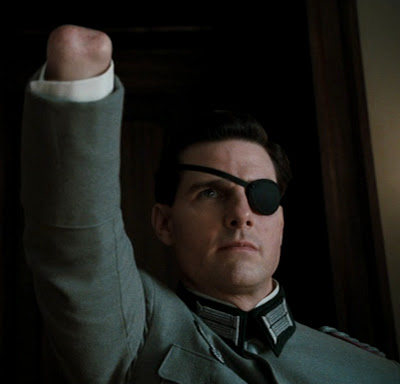 Posted by dorothy parker at 7:56 AM