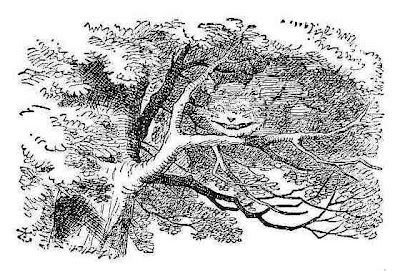 (Above: Peter Costello, longest serving treasurer and slowest fade out in political history).
Just as we never seem to be able to get rid of the meddlesome priests in our midst, I suspect we'll never be able to get rid of Peter Costello from his perch in old media.
His latest outing - dubbed MPs must never lose sight of public good in the SMH on the front page, and then MPs must ask what they can do for their country in the actual header, and My patriotic duty is done - history will judge the results in The Age - is an exercise in piety worthy of the best troublesome priests.
He begins with a ritual tugging of the forelock to Sir Robert Menzies, better known as Ming the Merciless to those who remember Menzies attempt to emulate McCarthyism in this country, and then moves on to celebrate politics and  politicians as a noble calling. And um cough, just to mention yet again his own wonderful record of service.
Stuck as we are in the sordid world of utegate, it reminds us all yet again just how tone deaf and ill-timed Costello is inclined to be in his utterances, in much the same way as he never quite understood why his embrace of clap happy Christian fundamentalists irritated those inclined to a secular view of the world.
Never mind. What emerges from reading his latest outing is a sense of the bloated smug self satisfaction and complacency he's always exuded about a job well done, and a country well run.
But let's return to the Menzies metaphor - you can read Costello's celebration of his record at your leisure - wherein Costello recalls a glass case containing an extract from an article written by Robert Menzies for The New York Times in 1948, which was moved during renovations down into the bowels of the parliament building:
... The members no longer walk past it. They no longer read the words. Maybe Menzies is considered passe.
But the words are not: "I believe that politics is the most important and responsible civil activity to which a man (and we should interpose woman) may devote his character, his talents and his energy … We must aim at a condition of affairs in which we shall no longer reserve the dignified name of statesman for a Churchill or a Roosevelt, but extend it to lesser men who give honourable and patriotic service in public affairs."

I always liked those words - honourable and patriotic service. Most of the members who come to Canberra come with that intention. A few get sidetracked by the benefits. Some spend their time in endless scheming and plotting against their colleagues. But the bulk render their service to varying degrees of ability.
Costello leaves you in no doubt regarding his position regarding varying degrees of ability - somewhere to the north of the greatest treasurer that ever lived, an uber god of budgetary splendor - dressed of course in the requisite piety and humble reflective humility.
But it's his embrace of patriotic service (let's not get agitated about the humbug of 'honourable') - which brings back memories of Samuel Johnson's remark that patriotism is the last refuge of a scoundrel. Or perhaps more to the point, this note by Johnson:
Let us take a patriot, where we can meet him; and, that we may not flatter ourselves by false appearances, distinguish those marks which are certain, from those which may deceive; for a man may have the external appearance of a patriot, without the constituent qualities; as false coins have often lustre, though they want weight.
Lustre but wanting weight.
Costello might be confident about how history will judge the results. And he surely had the privilege of patriotic service. But we've also endured the longest farewell in political history, and still it goes on.
To go Gerard Henderson for a moment, John Howard had the grace to exit stage right quickly (granted in one sense he had no choice in the matter), and the grace to remain removed from the game once gone - though I remain haunted by the notion that he might be tempted to become a commentator, unless the spectre of John Hewson, Malcolm Fraser and Mark Latham act as a healthy emetic and deterrent.
In contrast, Costello has hung around like a ghostly spectre, publishing memoirs, haunting Malcolm Turnbull, relishing the speculation, grinning like a Cheshire cat. There's something almost Freudian about the need for attention, and the constant parading in public in an endless promenade.
It'd be nice to think - with this final farewell, this last of dozens of curtain calls, this final self-celebration in a column - that we've heard the last from the Member for Higgins. But I think not. In much the same way as Henry Higgins has infected the stage for decades, so too I suspect Peter Costello will keep on keeping on.
For the love of the lord, someone give him a job in the public service, and thereby muzzle him ... and then he can continue his patriotic, honorable duty in silence.
Posted by dorothy parker at 8:20 AM

I hear Farnham is coming out of retirement. Perhaps Pete and John could release a duet version of Sadie and be responsible for the most widespread case of spontaneous projectile vomiting in all history. I'd be sure to stock up on Wesfarmers shares beforehand because I think Bunnings' sales of buckets could go through the roof. Just thinking of these two attention-craving prats makes me want to hurl.

That's as bleak a vision as anyone could imagine and not suddenly go EMO and shuffle off this mortal coil. Perhaps you need to go either on or off the drugs (depending on your current state). I won't be able to go to sleep for days now you've implanted an image of this debonair duo and their sweet stylings in what was once a working brain.