Miranda Devine, a plague of niceness and kicking the neighbour's cat 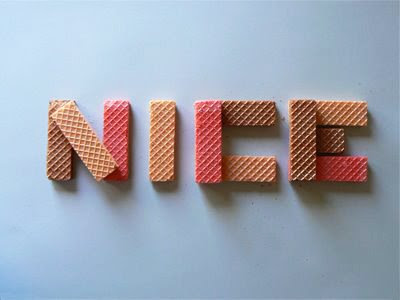 I'm finding it hard to cope. This morning I kicked the cat - okay, I don't have a cat, but the neighbour's cat made the mistake of coming on to my turf - and I barked at the dogs over the road (barking at the moon is scheduled for tonight), and I continued my war against the Indian mynah birds (but please don't take this as hostility to India or Indians or curry).
I just felt so grumpy, so tetchy, so mean, so ... well there's only one word for it ... sooh un-nice. Is that a word? Well who cares because it describes how I feel, and if you don't like it, why not take a flying f**k like the mynah birds.
I guess I'm really not that un-nice. That use of asteriks was pretty sensitive, wasn't it? Maybe I'm actually starting to feel nice. Maybe I'm becoming fucking nice. But what could have brought it on?
Why I read Miranda the Devine, and niceness is all the go. I'm not sure what she's been drinking (I thought they banned kool aid after Jonestown), or whether she's been sneaking out to sing along with the clap happy Christians out at Hillsong, or whether it's the ongoing effects of watching MasterChef, but these days she's intoxicated by niceness.
A New Niceness sweeps the country, she exults, which means we now have to refract everything through an ideology of niceness, rather than neo liberal nastiness.
Niceness is MasterChef, Random Acts of Kindness and Packed to the Rafters. Nastiness is Gordon Ramsay. And The Chaser. Nastiness is Malcolm Turnbull, while even if he's lately looked like he's swallowed a chain saw, Joe Hockey is niceness.
Therese Rein shrieks niceness, while even Julia Gillard is nice. Feeling faint yet?
The PM is usually nice, though not to flight attendants, and not in the past week, where he showed an inner snarl. Anthony Albanese is definitely not nice, while Wayne Swan is too malicious to be nice. Though he could be nice with a bit of effort, because he cares about nice people with nasty mortgages.
The public want to be nice, but they're narky, even nasty, over the total waste of time that utegate constitutes.
Miranda the Devine is really nice these days, and she regrets any nastiness she inflicted on dumb doozy greenies and stupid people who disagree with her. They're still dumb stupid f**kwits, but she wants to be nice about it.
So who's the best at niceness?
Parliamentarians would be wise to follow the next political trend just launched by the US President, Barack Obama - a low-key Prince of Nice - not to follow the 24-hour news cycle. It is a revolutionary concept, and only Obama, with his authority and iconic status, could dare try.

Interrogated by reporters this week about why he waited several days to condemn the violence in Iran he replied: "I know everybody here is on a 24-hour news cycle. I'm not, OK?"
Obama is nice? Knock me down with a feather and bash my brains out with a baseball bat. Miranda the Devine is calling Obama a low-key Prince of Nice and urging other politicians to adopt his low key strategy in relation to the media?
Wow! What a liberating idea for a political leader, not to be enslaved by an endless circus of TV and radio appearances, punctuated by jabbering doorstops ...

... No more having to hammer the same line of meaningless spin perfected by the clever dicks you have hired to protect you from saying what you really mean. No more playing semantic games with TV interviewers trying in vain to cut a chink in the armour of spin.

How liberating to have time free, instead, to actually think about the important business of running a country, rather than delegating it to unelected public servants. Why didn't someone think of that before?
You know once upon a time when one of my friends started acting nice and smiling and staring off into the distance, I suspected them of having an affair. With Miranda the Devine, can the same effect be produced by staring at MasterChef while in a deep trance? You are changing Miranda, you are becoming nice ... everything is nice ... people are nice ... even greenies are nice ... mad but nice ... like the nice of an iced vo vo.
Where's that bloody cat. I'm going to kick it to kingdom come, and then I'll get out the air rifle and then we'll see how those bloody mynah birds like the taste of a compressed air slug coming their way.
Oops, sorry, forgot. Air rifles are nasty and Niceness is the new black. Would you like a cup of tea dear and a good lie down? And a vo vo? Or a lamington? How about some bird seed for the mynahs?
Isn't it nice that Obama is so nice, and shortly thanks to Miranda the Devine Mr Rudd might become nice again, and I have high hopes that even Malcolm Turnbull might become nice if he only listens to the nice advice of that nice columnist Michael Costa with his helpful hints on how to behave like a nice politician.
Now nice people, nice nation, listen up in a nice way. Here's your nice poem for a nice weekend, thanks to the ever so kind Dame Elizabeth Wordsworth, who was a relative of William Wordsworth but never inherited his poetry gene (oh sorry, that's so not nice).
If all the good people were clever,
And all clever people were good,
The world would be nicer than ever
We thought that it possibly could.

But somehow 'tis seldom or never
The two hit it off as they should,
The good are so harsh to the clever,
The clever, so rude to the good!

So friends, let it be our endeavour
To make each by each understood;
For few can be good, like the clever,
Or clever, so well as the good.

Now have a nice day and take care and come on back soon y'all, ya hear. Ring the doorbell twice, it's likely I'll be out the back kicking the neighbour's cat.
And can someone find a nasty pill and feed it to Miranda the Devine, so we can have the old nastiness back and get our nasty fix of a weekend? Too much niceness and I could be ill for the entire week ... 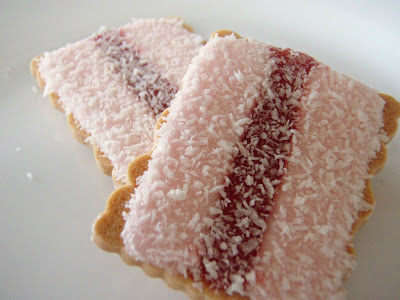