Christopher Pearson, government money, and the supping with the devil's playground of government funding 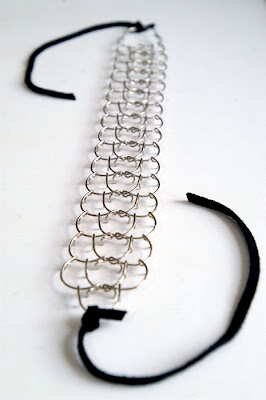 (Above and below: the cilice, a nice metaphor for Catholic schools trapped like King Lear on a wheel of fire with molten lead for tears).
As an exemplar of why conservative Catholicism tends to fall on deaf ears in the lucky country, Christopher Pearson is without peer.
Now I suspect there are many amongst us who can explain why in a secular society government funding for Islamic schools isn't something to be encouraged. Nor funding for schools with scientology as their base, or Hinduism or even those dedicated to the church of the flying spaghetti monster, though perhaps it's the most harmless of the cults.
But Catholics have generally been shameless in their desire to suck on the public teat, while generating revenue from the flock (ah those weekly envelopes where the faithful were tithed, and the pressure to chip in, no matter the level of poverty, was intense).
But why, you ask, should government fund the Catholic education system when it has its own system, however imperfect it might be, and however much it might lack in funding as the cream is skimmed off the top, and flung at rich private schools dedicated to firm believers in the marketplace and the virtues of capitalism, except when it comes to paying their own way in the education system?
What, you might ask, is the purpose of the Catholic education system? And no these days it's not to give hapless innocents with an Irish German background like me a finer understanding of the slap of a nun's hand on cheek as a way of demanding attention, or to introduce the elite to the virtue of wearing the cilice.
Here we have to turn to the always reliable Christopher Pearson in Devil in the detail of state-charity deals.
Perhaps the most spectacular local example of a charitable enterprise in receipt of substantial public funding suffering from mission drift is the Catholic school system, although the extent to which government money, rather than wider sociological factors, has been responsible for the drift is a vexed question. In any event, in a demographic sense, the system clearly no longer fulfils its responsibility to the children of many poor Catholic parents. Undoubtedly, in a catechetical sense, it no longer fulfils its primary responsibility to turn out students with a thorough grounding in their faith, as the plummeting mass attendance figures for people over 17 attest.

Sorry, got that wrong, it is to give the young and innocent a firm belief that they'll rot in hell for all eternity, unless they follow the faith. Ah, Catholic education. Who can forget Thomas Keneally's rant at the start of the retreat in Fred Schepisi's seminal The Devil's Playground?
Without exception, death will come to each and everyone of us. The clod of earth will rattle on each of our coffins. The body we pamper will become a city of corruption, a horror under the earth, our own mothers could not bear to look upon it. If we are saved, our bodies will rise again free and glorious when Christ comes, but if we lose our battle with temptation, we know what our agony will be. For ever more we shall be awash in the burning rivers of the dead, for ever more the stench of hell, of the rotting flesh of the damned, will fill our nostrils, for ever more our ears will resound with the screams of the tormented, for ever more our pain will be like the pain of a man tied down, unable to move, while one fiery worm eats at his vitals. The man screams for unconsciousness, but there is no unconsciousness in hell. The worm eats and eats and its work will never finish, but continues for ever more. And what does that for ever more mean?
Imagine a sphere of metal vast as the sun. Imagine that  once every ten thousand years a sparrow should visit it and brush it with its wings. When that ball had been worn to nothing, we would still be in hell, we would still be the howling damned who do not see God's face.
Yep, it seems the purpose of the Australian tax dollar in Catholic schools is to turn out zealots in the Cardinal Pell and Christopher Pearson mould, and it's failing in its task. And Pearson even has the cheek to suggest that government money might be at the heart of the malaise, when anybody with half a brain could work out that a church run by a Cardinal Pell is going to be a church with limited appeal, and a school system dedicated to old school Catholicism is going to generate as much joy as wearing a cilice full time.
What the Government has ended up funding is (with some honourable exceptions) a second-rate private system that allows a sizeable number of parents of modest means to escape the clutches of public education. In the process it also provides the church with an income stream that helps prop up the institution as a whole. I'm not referring here to the higher reaches of creative accounting but, for example, to the lay administrators and clerical staff whose salaries are paid by schools but who have wider duties.

In the course of the next few decades, as church attendances keep on falling, I expect that Catholic education will be the focus of furious public debate. Some will hope the system can be reformed; some will argue that it is beyond reform and would be best closed down so that resources can be concentrated where they're more urgently needed. Others, along with a Panglossian majority of the Catholic Bishops Conference, will say all is for the best in the best of all possible worlds.
Well here's hoping that church attendances keep falling, and that sensible public debate sees the Catholic school system shut down, and here's hoping that all funding of non-secular education becomes the responsibility of the particular clownish ideology being propagated within the schools, whether the Brethren to L. Ron Hubbard. If you want your child to be deformed in mind and body, pay for it yourself.
It was of course one of the chief scandals, under reported and unnoticed, that during the Howard years, funding for private schools began to blow out in extravagent ways, and in particular in irksome ways with groups like the the Exclusive Brethren. Despite being described as a cult by Kevin Rudd, the M.E.T. Meadowbank Brethren school was to receive $4.3 million in funding in 2008 and collectively the five schools they operated were lining up to collected almost $50 million in subsidies (Exclusve Brethren schools to get $10m subsidy).
But then Howard was also big in funding school chaplains in  public schools and insisting that any church could dip its snout into government funding, and as a result private schools dedicated to fundamentalist teachings began to flourish (see At the crossroads? for a taster on the trend).
Pearson has bigger fish to fry in his discovery that the not for profit sector and charities have suffered mission drift and been tainted by government money as part of the process of the Howard government outsourcing health and job sourcing, as well as education, to the religiously inclined.
At the time no one bothered to wonder too much just why the faithful should get a leg up in supplying these kinds of services because the government couldn't be bothered or lacked the capacity, desire or inclination - but Pearson mainly seems upset because government might actually want, in their usual bureaucratic way, goals and outcomes and targets achieved.
In the late 1990s the Job Network nearly came unstuck because officials in the department of employment found the idea of an arm's length agency of government unsettling. Often they wanted, as a matter of habit, to nitpick over all the minor freedoms from micro-regulation that made the non-profit agencies cheaper to run and more effective than the CES in the first place.

They also wanted to keep the agencies on the shortest and most prescriptive possible contracts so they could be got rid of quickly if anything looked like going wrong.

It has always been clear, however, that bodies on short contracts are apt to spend most of their time worrying about securing the next one rather than concentrating on the job in hand. According to the then minister, Tony Abbott, it took a lot of head-banging inside the department before officials began to think of their relationships with agencies primarily as partnerships.

But the notion of partnership, a sensible approach on the Government's side if it wants to make sure that its policies are being carried out, is where the problem of supping with the devil arises for the non-profit sector.

Ah yes mission drift. Saving lost souls and yoking them to the church while giving them a dose of government funded charity, or a job, or a dash of health care or a spot of learning.
Ain't it grand that the free marketeers have just discovered there's a price to pay for supping with the devil of government. Ain't it grand there's a bite on the bum for John Howard's free wheeling dedication to buying Christian votes by splashing cash at the Christian lobby.
One of the other essayists in Supping with the Devil (a CIS symposium) is Peter Shergold, who was the secretary of the department of employment, workplace relations and small business in the late 90s. He points to the problems caused by a growing administrative burden on third-sector agencies, the tendency to expand the scope of activities just to attract more funds and their over-reliance on government as a source of revenue.
Pearson's solution to this? To quote approvingly Rob Simons's essay about the Smith Family, whereby they only get 14% of their income from government funding, and get the rest from donations and bequests. And go about their business independent of government.
Bring it on I say. Get all the religionists off the public teat, whereon John Howard so firmly placed them. Let free marketeers practice what they preach, and banish charities, send them forth into the wilderness of the private sector, far from the taxpayers' dollar so they can wail and lament and leave the rest of us in peace. 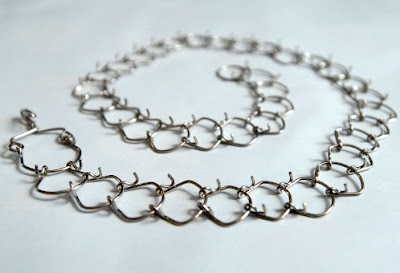 Posted by dorothy parker at 8:31 AM