Paul Sheehan, Peter Costello, Christopher Pyne, the bruiser, the boof and the bore, and prissiness as a fatal political flaw 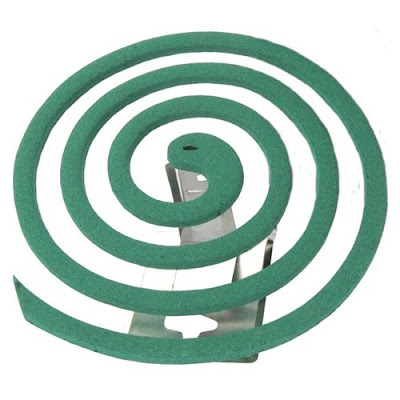 As always, deciphering the tea leaves - at least after columnist Paul Sheehan has had a drink from the cup - is tremendous fun, albeit tremendously difficult.
What exactly is to be made of this, the capper for his column The bruiser, the boof and the bore?
It happens that the day in Parliament of the "member for skirt" (Christopher Pyne), February 4, was also the day the Opposition awoke from 15 months of defeated catatonia, after it became obvious the Government was going on a historic spending spree. It prompted Costello to make his first major policy speech since sending himself to semi-exile on the back bench, and it turned out to be his last such speech in the House.

Since then, debt and free-spending have become the benchmark of the Rudd Government, to Costello's horror, but he worked out that when this catches up with the Napoleonic Rudd, the next Prime Minister will be Julia Gillard, superbly positioned on the inside rail. The weight of waiting, and the weight of history, was more than Costello could stomach. That and watching the bruiser, the boof and the bore leading the charge of the light brigade every day.
Did Sheehan commune personally with Peter Costello to reach this understanding? Or is Sheehan just channeling his spirit, at the thought of watching the current opposition go around the track in a dispiriting fashion?
Is he suggesting Costello left simply because he can't abide Christopher Pyne, and nor can the Speaker, the press gallery, and catching up, but not far behind, the electorate?
If so, it's not so much a tragedy, as pathetic, since Pyne was elected to the House in 1993 at the age of 25, and has persisted in his gadfly ways ever since his elevation. This should hardly be news to Costello, if he'd been paying proper attention, nor for that matter to Sheehan.
In the end, it feels like a curmudgeonly swipe by Sheehan at the hapless Pyne, when the cull list which should be considered by Malcolm Turnbull should include above all Philip Ruddock, Wilson Tuckey, Bronwyn Biship and a half dozen other time serving lackeys of the Howard era.
It's also possibly a reflection of Sheehan's despair at the current imbroglio over the utegate affair:
While the Canberra press gallery hyperventilates over a used-car dealer called John Grant, the Leader of the Opposition, Malcolm Turnbull, has a more subtle and enduring problem. That problem is called Christopher Pyne.

Well as much as Pyne is irritating, at least he's visible, like the relentless Tony Abbott (even in the pit of despair) as opposed to the likes of Ruddock, who have gone MIA.
Never mind. If you've never been mugged in a dark alley, Sheehan's column is a fine example of going the biff, and he's particularly adept at drawing attention to the way Kevin Rudd (Mr. priss, some might think) as well as independent MP Tony Windsor both managed to refer to Pyne as the member for skirt, a feeble play on his representation of the seat of Sturt.
Why would the Prime Minister, and an independent MP, refer to Pyne as the member for skirt? Is Pyne, who is married with young children, a womaniser? That has never been suggested.

No, the reason hides in plain sight. Pyne is prissy, punctilious, irritating. Whenever he bobs to his feet or interjects, which is incessantly, I feel like lighting a mosquito coil.
Wow. Stand clear as he lights the coil. Or three:
Pyne is part of a three-headed monster - the bruiser, the boof and the bore - that is never going to get traction against Kevin Rudd, no matter how many Labor mates they uncover who received very special treatment from the Prime Minister's chief surrogate, fall guy and Nambour High School mate, Treasurer Wayne Swan.

Because if the bruiser (Turnbull), the boof (shadow treasurer, Joe Hockey) and the bore (Pyne) represent the point of the sword of the Federal Opposition, it is a blunt instrument, a non-lethal weapon, the bluntest instrument the party has had in 13 years, which happens to be the time when Paul Keating departed and Peter Costello took control of the economy, and question time.
Ah, now it becomes clear. Sheehan is still in mourning for that lost light on the hill, the departing figure of Peter Costello.
Never mind, it'll pass, after a suitable interval. And if prissy, punctilious and irritating is your guide as to what fails with the electorate, Chairman Rudd is a dead prat walking. Which is why Sheehan's attack on Pyne as a pyne in the neck is passing strange, just as his mourning for a passing Costello is movingly irrelevant.
Oh dear, and that does leave Julia Gillard, broad dinkum Aussie accent waiting in the wings. Never mind, the ALP only gives women a go when they know they're doomed at the polls, with Anna Bligh shocking them all by actually winning when she was expected to do a Joan Kirner impression. Which admittedly would be better than watching Kirner do her Joan Jett impression.
And it all makes for much more tea leaf reading fun than the current lojinks about the vehicular hijinks currently doing the rounds.
(Below: Christopher Pyne offering up a kind of united synergy).

Posted by dorothy parker at 6:57 AM