Greg Clarke, Jack Black, Year One, and the tedium of Christian themed comedies up against date rape drugs 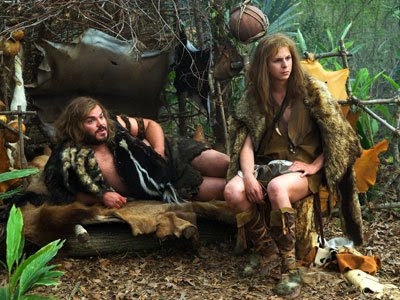 D'oh.
Some of it worked for me (being partial to a circumcision joke), but I would be supportive of the Jewish person who found the film’s treatment of Abraham insulting, degrading and belittling. It is hard to imagine a defence of this film in court: “Your Honour, the bit of the Bible about the foreskins, we all know that’s kind of stupid, don’t we? Besides, we cut out a lot of the bestiality jokes”.

There’s a lot to laugh about in religion. Christopher Hitchens does it in a more witty manner in his book God Is Not Great, but the method is the same: find a culturally weird element of a religion; talk about it without any explanation of context, history, meaning, cultural development or ethical dimension; get an easy laugh at the God-fearers and their ludicrous practices. It’s easy to crack jokes at circumcision, but much harder to work out what this practice was actually about.
There you go again you hipster, finding Christopher Hitchens witty. You sure do know how to send him into a frenzy.
But you'll have to learn to lighten up about Abraham - after all, if you can't get to chortling with laughter at Charlton Heston in The Ten Commandments, you've never lived or smoked a joint.
But back to matter of defending Year One in a court. Actually there's only one court that counts for the show, and that's the box office, and sad to say - as boxofficemojo put it - the show lacked stones. It did okay on debut, hauling in $19.6m on 3,600 screens, but for a summer Jack Black that's pretty thin, especially if you put it up against The Hangover, which hauled in $152.8 million in 17 days. As you'd expect the Jack Black audience skewed male (57%) and under 21 (47%).
But the days of Black being a box office killer are in recess - remember the dire Nacho Libre only took just over $80m, up against the also average $81m for School of Rock, though neither are as dire as the $32m haul of The Love Guru, which marked the end of another box office career.
Sorry Greg, sad to say, for all the lather you whip up around it, even a slacker comedy about Christian themes doesn't cut it these days.
Time perhaps to explain the metaphysical significance of date rape drugs ...
(Below: back in the days when they could make a truly inspiring stone age slacker comedy. You just had to be stoned back to the stone ages to see the humor in it). 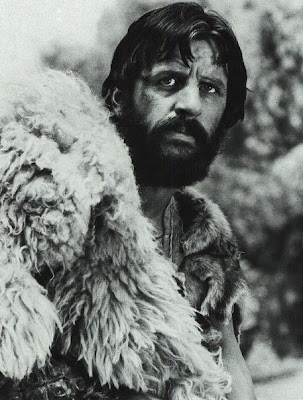