Gerard Henderson, Street Crime in Melbourne, Shipping Uranium to India and a cornucopia of conflationary thinking 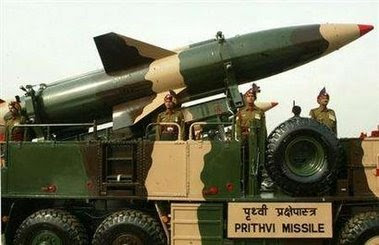 Conflation is an essential skill if you want to become a full time paid up member of the college of commentariat columnists.
Apart from being able to prove that you have no more than one university degree (and none is infinitely better), you need a common touch in your dialectical argumentation skills. And conflation allows you to join together all kinds of subjects under the one umbrella, proving both the depth and breadth of your knowledge, and your mastery of the subject matter at hand.
Thus in A bruised relationship with India, Gerard Henderson manages to have it both ways in a tasty exercise in bringing together sundry issues under the subject heading 'India', though strangely he fails to mention the IPL or the tragedy of it being forced to locate itself in South Africa.
First a mea culpa maxima from Henderson for straying into sensitive territory:
In Australia, the word "racist" is invariably overused. However, at times, some ethnic groups are treated with a degree of insensitivity or indifference. This is the case with the disturbing number of attacks in Melbourne on young men of Indian descent.
Yes, well I find the word "humbug" invariably underemployed. Especially at times when some ethnic groups are treated with a degree of insensitivity or indifference. Like you know when they have a screwdriver shoved in their chest. Or are killed. Or have the shit bashed out of them. I suppose you'd call that a degree of insensitivity, indeed even a little indifference to their physical well being.
Henderson then proceeds to gently dress down the Victorian police, and even thinks the cops might at some time want to acknowledge that race is an issue in the current rash of assaults in Victoria. Even if the word "racist" is invariably underused - by them. But not by us. We use it all the time.
Ah now you're getting it. The coming and the going all at once. Invariably over used, except when invariably under used by the Victorian police.
It seems that the media has missed all this to-ing and fro-ing on the subject of race tinged violence in Melbourne. It's only been covered by The Age and the Herald Sun. The ABC has, according to Henderson, ignored the issue, unlike the Cronulla riots and revenge attacks, yet the number of Indian victims of assault in Melbourne in the past six months has exceeded the Cronulla casualties.
Well there's a knock down argument, proof of precisely what I'm not exactly sure. Unless it's to suggest that the ABC is Sydney-centric, or loves race based riots in Cronulla, but can't get excited about Melbourne and Indians?
Whatever. In the end, all this is just window dressing for another opportunity for Henderson to have a go at the federal government and its current uranium policy in relation to India.
During my visit to India last September, it was evident that widespread resentment existed among the political and business classes about the Rudd Government's refusal to sell uranium to India. This extended to senior politicians in the Congress Party. Prior to its defeat in November 2007, the Howard government was examining ways to provide India with uranium, despite its refusal to sign the Nuclear Non-proliferation Treaty. However, the Rudd Government has ruled out any such option due to the Labor Party's policy in this area.
Not making the leap between Indian students being racially abused and bashed in Melbourne and Australia's support of the Nuclear Non-proliferation Treaty?
Never mind, we'll stick at it. Perhaps it's because poor India is subject to international bullying, and so needs an array of nukes to hand so it can let off the odd double bunger if things get too tense. As a nation, it's just like an Indian student on a train in Melbourne heading off into the wilds of Sunshine. It needs a larger kind of flick blade:
Interviewed on Lateline on July 28 last year, the influential Indian commentator - and one-time United Nations player - Shashi Tharoor criticised Australia's policy on uranium exports. He made the important point that, unlike Australia, India does not enjoy the protection of the US nuclear umbrella. He also pointed out that, in living memory, India has fought wars with what are now two nuclear powers -- China and Pakistan.

Elsewhere, Tharoor has depicted Australia's policy in this area as a vestige of what he terms "apartheid".

Yes, but is he a twit to so deploy such a loaded racial term, when in fact - whether or not he was a one time United Nations player - the idea is to support a universally recognized, if not universally signed, treaty on Nuclear Non-proliferation, which results in Australia refusing to ship uranium to a number of countries. Apartheid has got zip, zilch, zero to do with it, and Howard's contemplation of shipping off uranium as a bit of greedy policy making on the run, encouraged by the shrub's real politiks.
But okay let's get down to painting the PM as a pedant, in the grip of the left wing:
It appears many influential Indians do not fully appreciate that the Rudd Government's position on uranium exports is determined in part by the Prime Minister's focus on observing United Nations treaties to the letter, and in part on upholding Labor policy and, in the process, keeping Labor's left-wing quiet.
Ah, UN treaties to the letter. So much better if you ignore them at your convenience. Like the Geneva convention. Who thought that tripe up when it comes to a ticking clock, 24 hours before the world blows up, and a little water boarding. And the lefties, never forget the lefties. And the UN's black helicopters.
Thank the lord Australia's attitude to its uranium has nothing to do with seeing nuclear weapons spread around the sub-continent like confetti, so that if things get tough in say Pakistan there'll be plenty around to make sure MAD is a wonderful way forward for the world.
Yep, talk about world peace, and the need to cut back on nuclear madness, then slip a little of what they need off to the sub-continent to make sure things keep bubbling apace.
But never mind that, now for the capper to the piece. The ultimate payoff, the cobbling together of conflationary matters:
... the (nuclear) policy has annoyed the highest level of the Indian Government. And now many Indians are rightly concerned about ethnic-motivated crime in Australia.
And what conclusion might you draw from this? That Chairman Rudd is just a common street mugger on an international level, for denying the Indian government their right to Australian uranium while merrily stockpiling nuclear weapons in the event of a stoush with China or Pakistan?
Buggered if I know, and so it seems is Henderson buggered:
It's time to focus on improving the relationship between Australia and India. A greater concentration by the Victorian authorities on crime, and more restrained policing, would help for starters.
Fine, worthy, pious sentiments, noble thane. But exactly how? By shipping off uranium to India, so that the fine memory of John Howard can be kept alive? By encouraging nations not to bother with the nuclear non-proliferation treaty so we can keep reviving Dr Strangelove as a relevant movie, while marveling at the lunacy of Iran and North Korea's nuclear delusions? As if nuclear weapons in the hands of Hindu fundamentalists floats the world's boat any more than nuclear weapons in the hands of Islamic fundies and Taliban loons?
Well no, it seems we should just keep the streets safe in Melbourne. Well they should get rid of all those lane ways filled with coffee shops for a start ...
Why do I just feel like I've been in a conflationary blather bath?
But if conflation is all the go and the rage, please explain why Henderson fail to mention Australia shipping off our cricketers to the IPL? Sure a lot of them are retirees, getting paid squillions to beat up on Indian cricketers, but isn't offering them Brett Lee just as good as offering them uranium? What would John Howard say? Tweak it how you will ... 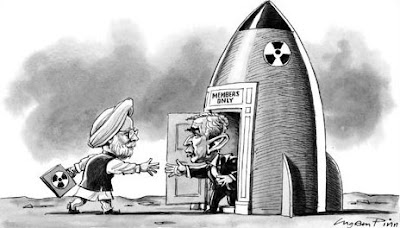