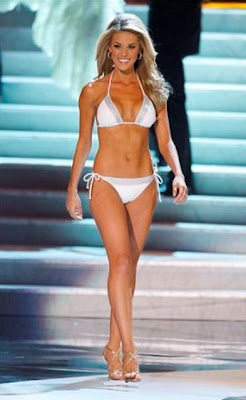 We're in mourning here today, as news flashed around the world that Miss California USA Carrie Prejean has been stripped of her title, with the approval of none other than pageant owner Donald Trump.
It's all purely contractual of course:
Miss California pageant director Keith Lewis said on Wednesday Prejean's dismissal was solely for "contract violations''.

"After our press conference in New York we had hoped we would be able to forge a better working relationship,'' Lewis said.

"However, since that time it has become abundantly clear that Carrie is unwilling to fulfil her obligations under our contract and work together.'' (Miss California loses her crown).
It happens to come at a time when a valiant Emma Tom had taken to her podium in The Australian, to denounce the tormentors of poor hapless Carrie Prejean in Stripped of credibility by the media's eros of judgment:
Depressingly enough, the exposure of shameful, strumpety pasts has become a bog-standard technique for undermining high-profile women. "The pictures," American comedian Jon Stewart said tiredly on a recent edition of The Daily Show. "Always the naughty pictures."

He was referring to the ridiculous and pharisaical depths plumbed by the US media last month when the latest Miss California found herself at the centre of "a completely made-up shitstorm" because it emerged that she'd once posed for racy photos. 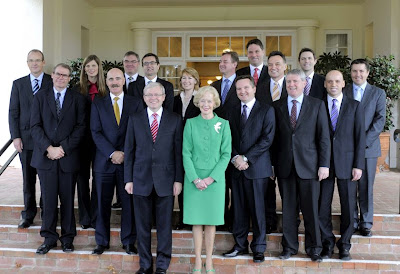 Posted by dorothy parker at 9:46 AM