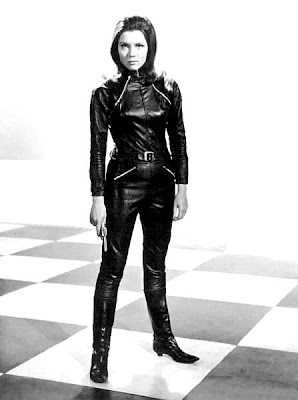 (Above: Diana Rigg in The Avengers. The photo has actually nothing to do with anything, except that my partner got terribly excited about The Avengers in the story about Hal Colebatch and insisted that a story about the Queen should show off the best of British).
On the Queen's birthday, the loons come out in force, waving their British flags and saluting Her Majesty with exemplary vigor.
And who better than David Flint, peddling the line that Republican losers would scrap our oldest holiday.
Utter gall and tommy rot and fiddle faddle I say, but let's hear it from David Flint:
The losers in 1999 have the utter gall to demand we abandon our oldest public holiday celebrating our oldest institution, one central to our Westminster system.

On almost every Queen’s Birthday republicans usually rush into the media. This year they’re saying putting republicanism on the political agenda will help the nation recover from the recession. Without a scintilla of evidence, they say the growing interest in Anzac Day is because of republican sentiment.

This shouldn’t surprise anyone. In the nineties they were saying a republic would overcome unemployment, improve trade, free artistic talent, increase immigration, and enhance our standing in Asia.
Eer, actually it would have led us to the fountain of youth, a bee hive mentality, the resolution of our conflict with Thetans, brains downloaded into super computers, and a new life zooming through the galaxies going to new worlds in search of fresh adventures.
That's the trouble with conservatives, when it comes to imagining future visions, they settle for the dullest satirical thrusts.
As for scrapping the holiday, no fear old chum. We could have just re-badged it. How about the David Flint birthday weekend? Too personal, not in keeping with modesty and a lack of presumption? What about the wombat long weekend, or the bandicoot barbeque festival?
Never mind, for Flint's just getting down to boasting about how the monarchists won way back when. David v. Goliath and they were the ones that had the slingshot:
Just about the only argument advanced, which wasn’t ridiculous, was about having an Australian as Head of State. When Australians for Constitutional Monarchy demonstrated persuasively that we already had one, their case wilted.
The republicans ran a very well funded but confused referendum campaign. Almost all of the media campaigned for them, as did about two thirds of the politicians, and assorted celebrities. All the constitutional monarchists had was over 55,000 rank and file supporters. But in a landslide, the people, nationally, in every state and 72 per cent of electorates rejected the republicans preferred model.

The republicans have never accepted this. They are saying, as one EU politician famously did : “The people must keep on voting until they get it right.”
Oh you wilting soft cock republicans will you never give up with your preposterous claims and prejudiced jaundiced ways? Forget it, you're up against men of steel, men of flint.
But the Flint seems to be a tad alarmed. On and on goes the struggle, and still they rush the barricades, these devils, these fuzzy wuzzies from the darkest parts of Africa:
You would have thought the republican politicians would have had the decency to call a halt after the referendum.

But no, we’ve had an expensive Senate inquiry, then the 2020 Summit. In a gerrymander of which Robert Mugabe would be envious, they managed to record a ludicrous 99:1 vote there in favour of some vague undefined republic. Currently there’s a Senate investigation into Bob Brown’s Plebiscite for an Australian Republic Bill.
Millions wasted, I tells ya, and for what? Nothing, when it could all have been spent on schools, transport, hospitals and water. And all just so they could get rid of the Queen's birthday, our oldest public holiday, honouring our oldest institution.
But soft, the Queen was actually born 21st April 1926 - yep it's not really the Queen's birthday at all, it's an ersatz birthday which provides a nice long weekend at the start of winter - and as she now is 83, what rough beast slouches towards Bethlehem?
Why it's a bonnie prince, an aspirational tampon, and soon enough, without any help from those deluded republicans, we'll be celebrating the King's birthday, and an activist, greenie, crazed environmentalist king at that.
Bring it on I say, and have no fear Mr. Flint, there are many here amongst us who will be delighted to utter the words "God Save the King" as it drives the commentariat columnist fraternity into a frenzy.
The pure pleasure of an aspirational tampon on the throne is not to be under-estimated.
Flint, who for sheer abject stupidity must surely outrank our favourite Hal G. P. Colebatch, is by way of compensation attempting to explain to us and the world that Australia is already a republic, a crowned republic, and the sweet monarchists already have a site dedicated to this interesting linguistic trick (I'd give you the link but it offered up an invalid URL, tend to your links you Punch chappies, oh alright here it is). So never mind what the constitution of Australia actually says:
Whereas the people of New South Wales, Victoria, South Australia, Queensland, and Tasmania, humbly relying on the blessing of Almighty God, have agreed to unite in one indissoluble Federal Commonwealth under the Crown of the United Kingdom of Great Britain and Ireland, and under the Constitution hereby established (etc etc yadda yadda)

2. A Governor-General appointed by the Queen shall be Her Majesty's representative in the Commonwealth, and shall have and may exercise in the Commonwealth during the Queen's pleasure, but subject to this Constitution, such powers and functions of the Queen as Her Majesty may be pleased to assign to him.
Now this would seem as clear as day, but the benighted Flint wanders off into the mud of a couple of high court matters to establish clearly that the Governor General is in fact the head of state, and the Queen ... well who or what is the Queen? And why does she exercise her pleasure? Is it some perverted thing done in the darkness?
But Flint is the Humpty Dumpty of this kind of argument. Words will mean what he means them to mean:
The reason for the plebiscite is that the republicans fear they’d lose another referendum. If they didn’t, we’d be having one this month. Reliable polling is going against them, especially among the youth.

The plan is to deceive the people with an initial plebiscite written by the spin doctors. This will be about “a” republic, which is pointless since the English word for “republic” is “commonwealth”.

Australia is already a republic, a crowned republic.
Um, would this be the same commonwealth established by that despicable traitor Oliver Cromwell during the seventeenth century under the notion that a bit of regicide by chopping off a regal head allowed him to declare England to be a Commonwealth courtesy of the Rump Parliament? A republic, a beheaded republic, a commonweal?
When language ceases to have any meaning - or means only what Humpty Dumpty dictates it means - it's hard to have much of a conversation. A crowned republic? WTF?
Oh I get it, you mean like France after the revolution, or the United States after the revolution? Crowned republics. Well Bill Clinton's royalty surely. And the French had Napoleon.
But Flint is terribly persistent, as if actually understanding the meaning of a republic is beyond him. Unless of course it's a Julius Caesar idea of a republic, which wasn't necessarily other Romans idea of a republic: 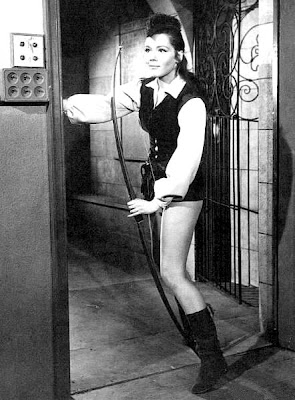 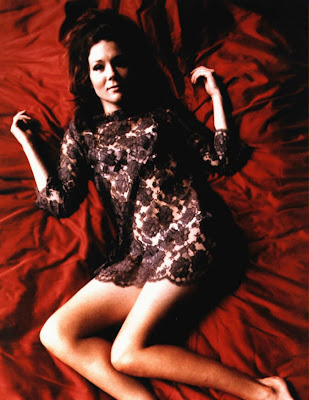 Posted by dorothy parker at 2:51 PM

As an atheistic jesuit, and militaristic pacifist and serial killing humanist, I must say your failure understand a crowned republic reflects badly on you.

Prof Flint makes perfect sense. Your banal comments do neither you nor your blog credit.
Ridicule may be amusing, and some of it amused me too, but they are hardly reasoned rebuttals. Come now, give us facts and good discourse. not arrant fluff.
Australia has been very lucky to have the stability and prosperity that the Westminister system has given us.
It is easy to ridicule what you know and so easy to fluff over what you do not know, ie the undefined future republic you seem to crave. The lure of the unknown eh? Well, you may well find the grass is not as green over there as you think. As the words of the Joni Mitchell song say "you don't know what youve got until its gone" lets hope you do not destroy our wonderful system only to regret it later. Afterall, under our system, you are allowed to go on and on about a republic sooo many times 9each of which you lose). Would you tolerate the monarchists advocating for a restoration of the monarchy when you have your utopian (?) republic? i think not. SO which is the more tolerant system? Not yours.
Petrus

You seem to have totally misread the piece in question, which vigorously demands the constitutional monarchy continue (without being dressed up in the arrant fluff and Humpty Dumpty nonsense of a crowned republic), so that we might have an aspirational tampon as our crowned head of state. Could anything be clearer or more pious or more tolerant?