Janet Albrechtsen and the importance of Pluto in our lives 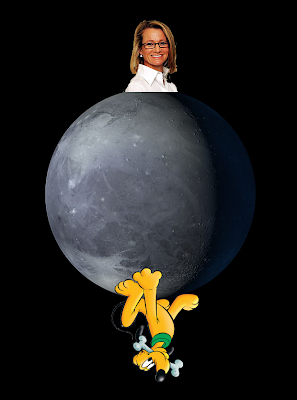 A reminder that tomorrow the 16th of June is "Men are from Mars, women are from Venus and Janet Albrechtsen is from Pluto" Day on the official First Dog on the Moon calendar tracking the essential days set aside to celebrate martyred saints and stigmata laden commentariat columnists.
In honor of the day, remember to pat a pooch, jokingly referring to the hound in a high pitched voice as Pluto, go to a neo Liberal lunch in which you eat at least a dozen neo oysters and drink from a fluted glass copious quantities of neo sparkling wine indicating a loyalty to Australia over and above the perfidious French and their patented champagne, and before darkness falls burn one copy of The Monthly while ritually incanting over it, "begone vile social democrats from our neo liberal bliss."
It goes without saying that a visit to the font of wisdom is essential. You can do that here.
You can of course also bemoan the fate of the rich, lament for the fate of young children exposed to unionists, denounce the heretic Obama, or curse any of a hundred other neo crimes, but if you're in a hurry, just sticking pins in a doll figure looking like Chairman comrade Rudd will suffice.
However if you're the kind that loves to party, remember a pinata in the shape and guise of an activist judge is tremendous fun for the children, as they disgorge their gifts and a forced to give up their campaign for a bill of rights. It's a great way to end the day, so get out the axe handle and go for it. Make it a day to remember, for you and your kids ...
Oh and if there's one last thing you can do for humanity, join the campaign to make sure that Pluto is considered a planet (Pluto Top Ten), don't settle for it being called a dwarf planet and stay in touch with Pluto and Charon as they spin through space like a pair of locked dumbbells. 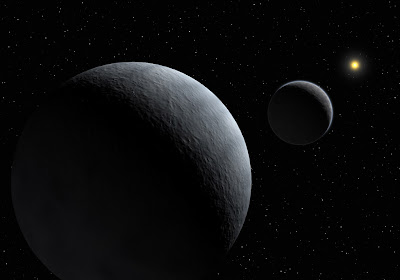 Posted by dorothy parker at 9:03 AM