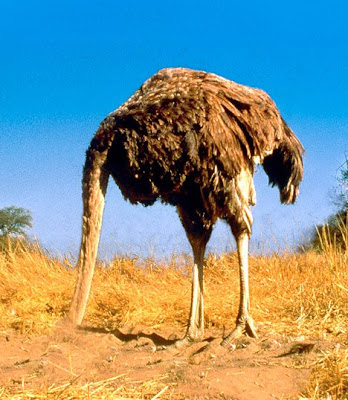 (Above: Piers Akerman trying to remember George Bush).
Well Piers Akerman has spoken, in a way that the Janus-faced Janet Albrechtsen couldn't quite manage.
She, you might recall, was haunted by the notion that the US alliance was somehow vital to Australia's security, and lashed out at everyone for their hypocrisy about Gitmo, but couldn't in the final yards of her column find the strength to suggest we should tell Barack Obama to bugger off (you can catch up with her standing by, awaiting the PM's decision, here in Wanted: A home for Gitmo detainees. No takers?).
No such delicacy, or should we say side-stepping, haunts Akerman. Obama's stuck with his Gitmo promises, he gloats, as he tells Obama and 17 Uighur Gitmo prisoners who won't face court action, and who haven't got a home, to bugger off. Not in our backyard, no way.
Yes, it's nothing to do with us, the whole sorry mess:
What is clear here is that Guantanamo, and the fall-out from Obama’s domestic policies, is not a matter for Australia.

When he led the triumphal chant, “Yes, we can,” Obama should have realised there were a few things that blind optimism could not achieve.

He didn’t think things through and we should not be there now to save his political goals. If he thinks he can convince Australians and Australian politicians that the Uighur pose no threat, he can convince his own electors of the same thing.
Yep, all bets are off with the American alliance now that they've elected a dumb socialist given to mindless, blind optimistic chanting like a flock of Buddhists at a love-in.
Off the bus Jack, and don't you come around here no more. Gitmo's just your domestic politics at work and nothing to do with Australia.
And what makes the difference between Bush's request for help and Obama's?
This is the third request the US has made to Australia to accept Uighur detainees, the first two being made by the Bush administration.
This request differs, however, from those made by the Bushies, as former president Bush made no pledge to close Guantanamo and the approach to Australia was a resettlement issue, rather than the domestic US political problem it has now become.
Suddenly it's not a resettlement issue,  it's a US domestic problem? And Bush made no pledge to close Gitmo? WTF?
Well yes and hair splitting isn't the just the prerogative of Jesuits, at least if you're a commentariat columnist of the old school, where Democrats are just as bad - perhaps even worse - than the Labor party.
For genuine caring and sharing, you just can't go past Akerman. How should we interact with the world? Why by imitating the alleged behavior of the ostrich. Which does involve just a few contortions:
According to Mamtimin Ala, the general secretary of the Australian Uighur Association and member of the executive committee of the World Uighur Congress, the Uighur have been found not to be enemy combatants by the US courts and the US now has a moral responsibility to offer them homes in the US.

“It is primarily a US problem,” Ala told me. “But the American government fears creating outrage and unexpected repercussions if they permitted those Uighur to resettle in the US.”

Ala, a human rights activist who was granted an Australian protection visa last year and now has permanent residency here, previously lived in Brussels where he studied at a Belgian university for his masters in philosophy.

He argues that because Australia was a partner in the war on terror, it should accept a degree of responsibility for the Guantanamo inmates, if the US will not resettle them.

That argument is a little weak.

Absolutely. Nothing to do with us. And did I mention that George Bush and Iraq is nothing to do with us either. Who? Some kind of shrub? You'll  have to speak up, never heard of the man or his Gitmo policies.
Anyhoo, while listening to the weak minded arguments of Mamtimin Ala, I'm reminded of the kind of migrants we actually want. Not pesky, difficult, damn forrinurs. Good British stock.
Australia needs migrants who want to be Australians, not migrants who see their future as hyphenated-Australians, owing a shared allegiance to another nation, and supporting foreign militants.

We already have difficulty dealing with groups who refuse to embrace the clearly recognisable Australian identity, preferring to fight ethnic and religious wars either by proxy though fund-raising exercises or through violence at sporting events and other opportunistic moments.

This is a difficult call as we have about 5000 Uighur living here now, and according to all accounts, quite peaceably, just as we have a small number of Tibetans.

There is no doubt that China would not like America or Australia to accept the Guantanamo Uighur.

China is a bully and China requires its diplomats to organise its expatriate communities to intervene in our domestic politics and make its views felt but that should not be a concern.
Clearly recognisable Australian identity? Yep, me and Akkers are like two peas in a pod. So dinkum. Such lovers of footie and Holdens and meat pies. Damn you furriners, with your clever soups, and sophisticated foods and your Russian conductors coming here like they've got something to offer.
A difficult call? Oh bring me a bowl of water and a towel so I can wash my hands of the matter. I feel so tortured by the issue.
But come to think of it, it's not so difficult. Not really, not when you can get up the nose of all those Obama lovers. That sure beats getting up the nose of the Chinese, always adept at bullying and fiendishly planting reds under our beds as we speak.
Because you see Obama is little better than a domestic terrorist:
But Obama wasn’t thinking about the Uighur when he vowed to close the Guantanamo. He was playing domestic politics, appealing to people like his married friends Bill Ayers and Bernadine Dohrn, a pair of America’s worst urban terrorists, in whose living room he is said to have decided on a political career.

Ayers and Dohrn were members of the Weathermen, a group of terrorists who blew up government buildings around the US in the late ‘60s and early ‘70s, fortunately killing no-one but three of their own members.

Obama has learnt that the views of Ayers and Dohrn are not representative of many other Americans, most of whom realise that Gitmo houses some very bad people. No matter how small-L liberal Obama’s supporters are, they are not liberal enough to want Gitmo-quality people living in their neighbourhood.
Well, well, well, splosh. Bigotry central at your service. How could we forget it's all the fault of the latte sipping, chardonnay sloshing crowd, always ready to drop their coffee and pick up a bomb or three.
Maybe it's better that the Uighur didn't settle here, because if this is Akerman at work at the moment, imagine if he went in to hyperdrive to traduce their reputations, track them down and make sure every minor infraction represented a worst case example of 'there are evil Sudanese amongst us.'
And as for the Americans, whether Bush or Obama, nota bene the fair weather friendship of the Akermans of this world. At one with you until things get a bit sticky or a bit tricky. And don't give us any nonsense about having five thousand Uighurs already living here, according to all accounts quite peaceably.
We know that Gitmo residents revert to terrorism 1 in 7 times, we know Obama is just a blind optimist, we can't remember Bush, and we don't care about American political jams or domestic politics. You've made your bed America and now you can lie in it ...
Eer, late breaking reports of an Indonesian incursion in the Northern Territory. Ah Barack old buddy just having a spot of difficulty here down under, I say old chap, would you mind terribly ... Oh yes that beastly business about the Uighurs ... well no need to take it personally. What, you'll send down a couple of terrorists ... Bill Ayers? ... to help us out ... Well that's damn unsporting.
What's that you say? You don't want to intervene in our domestic politics? It's not a matter for Americans? The Indonesians pose no threat? We showed a blind optimism about the US alliance?
Ah yes, it'd be so much better if America kept Gitmo open, even if the worst of the worst in this particular case haven't been shown to have done anything, except spend six years in cages while Bush and Obama worked out what to do with them. That'll teach them starry eyed optimists. After all, we can't be allies of librul loving socialists, can we? Even if we've spent years cheering on the Americans and Gitmo ...
(Below: Akerman fearing liberals might be in the vicinity). 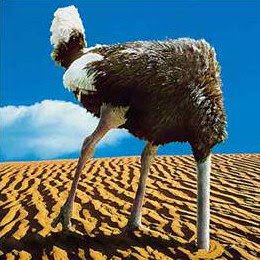 Posted by dorothy parker at 6:36 AM