Christopher Pearson, the Tridentine Mass, Philistinism and how to behave on a board 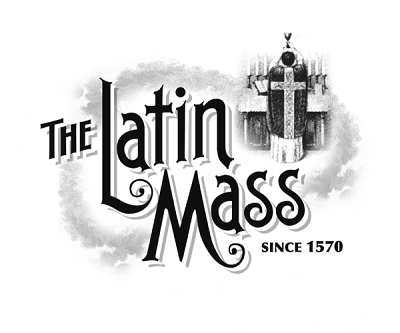 Christopher Pearson is building up quite a following on loon pond - one reader recently referred lovingly to him as a twat, though in Pearsonian fashion perhaps we should discuss in a paragraph or three as to whether twot or twit might be terminologically more appropriate.
But just as Shakespeare had his King John along with his Macbeth, so Pearson can have his slow days - some doubt that he can ever surpass his recent proof that he's the repository of more sage social advice than Emily Post. Perhaps it was his Hamlet moment, at least in the matter of the color pink.
Pearson's homage to the recently departed Frank Devine in Frank conviviality of a Devine soul is not one of his best outings, but devotees will nonetheless scan the entrails for signs of the master's wit.
Let's not speak ill of the dead, but pray let's speak ill of the living, because in Pearson's rambling musings about the past Pearson (and his interactions with Devine) sheds light on thinking which really is beyond the arcane. The how and the why of it being published in The Australian must remain an arcane mystery, rather like transubstantiation.
First let's see what kind of thinking Pearson indulges in when it comes to the Church of Rome:
When I was received into the Catholic Church in 1999, Paddy (McGuiness) joked about being "not outgunned, just outnumbered". Frank (Devine) was delighted and he and his wife, Jacqueline, volunteered to come with (Tony) Abbott and me to a Tridentine high mass in Latin at the Maternal Heart Chapel at Lewisham when I was in Sydney a few days later.

None of them had expected that I'd become a "happy, clappy" low-church type. But neither had they quite anticipated that I'd be an adherent of the old rite - which, until Pope Benedict XVI's election, was the most oppressed and marginalised group in the church - and each of them reacted to the news quite differently.
The news that a board member of SBS and the National Museum - both Howard government appointments - is an arcane devotee of the Latin mass is interesting. That he stridently believes it is one of the most oppressed and marginalised groups in the church perhaps hints at the festering paranoia in groups like the SSPX.
But it does also explain why he was so happy and supportive when Pope Benedict XVI came along to offer ratbags like the SSPX a way to return to the church, bringing along a healthy dose of anti-semitism, as well as a positive reaction to Benedict's motu proprio Summorum Pontificum.
I'm still wondering why the National Museum is a national disgrace and a rampant failure, within its own terms and as an evocation of nation, but every so often I get a glimmer of insight. Anyway, back to the story:

Tony (Abbott) tried his hardest to be broad-minded, although inclined to think that anyone more tradition-oriented than himself was going a bit overboard, and he was obviously relieved to find that the rest of the congregation wasn't noticeably limp-wristed.
What a world can be evoked with a couple of words. Relieved to find the congregation wasn't noticeably limp-wristed? As opposed to finding it subtly so? Thank the lord we're not talking about poofters here.
And Tony tries his hardest to be broad-minded? As opposed to being such a tradition-orientated conservative he always actually turns out to be exceptionally narrow minded?

Jacqueline was quite attracted to the old mass, which reminded her of her youth, and came to some of the Easter ceremonies. Frank (Devine) managed to convey, without quite saying so, that he had submitted obediently when the Vatican all but suppressed the Latin rite 40 years ago and that, however painful it had been at the time, there was no going back. Liturgy was the only dimension of his life in which it seemed to me that his preferences bordered on the philistine.

Why is it I'm suddenly warming to Frank Devine? Philistine for accepting the mass in English?
Now at some time perhaps we can go into the mind set of a group of people who think that the mass in Latin is somehow truer to the Christian message, and work out just how the language devised and deployed by the Roman empire in its conquering days is so much better for the task than Christ's actual language of Aramaic. ( In fact the Tridentine Mass mentioned by Pearson has only been around since 1570 - as usual Wikipedia has an entry here - and in theological terms an affectation for it is a bit like a conservative desire for the below stairs staff to starch and iron the white sheets so they sit nicely in the bed).
But let's keep moving along:
About that time the Howard government named me as a member of the Australia Council, the federal government's main arts funding body. It was a nest of political correctness, full of bureaucrats who pined for the Keating era and Labor's Creative Nation agenda. I managed to persuade Frank and Patrick Morgan, a prominent contributor to Quadrant and literary academic, to accept appointments as members of the council's Literature Board, which they rightly regarded as a thankless public duty.

Yep, there you have it. The naked display of a Latin mass lover berating people in the Australia Council for yearning for the days when a government set a creative nation agenda, and proud to have rooted out the devilish mice infesting the nest of political correctness. If ever the Howard government deserved a bad rap, it was for the naked and obvious nature of its political appointments to cultural and arts bodies, and Christopher Pearson is the incarnation of this derelict, wayward behaviour.
But let's settle now for a final anecdote:
They used to talk to me about the board's operations and on one occasion these conversations came to the attention of the council's chief executive Michael Lynch. He was an arts administrator who detested the Howard ascendancy, went to work in London and only recently has returned to take a position, selected by the Rudd government's new apolitical selection process, as a member of the ABC board.
Do you follow the nuances in all this? Do you have the jesuitical nose for casuistry required for reading Pearson? The way Lynch, an alleged Howard hater, allegedly fled to London during the reign of the man he feared and hated, and has only now returned to sit on the ABC board as a display of the Rudd's new alleged apolitical selection process? Snark, snark.
What a narrow and festering world view some people have.

Lynch interrupted a meeting of the Literature Board to tell them they had no right to communicate with members of the Australia Council on board matters and that if it happened again they could be prosecuted under the provisions of the Commonwealth Crimes Act. Frank, who had edited newspapers on the mean streets of Chicago and New York, was underwhelmed. Morgan remembers his reply to Lynch: "Well, you can see my attorney." Frank just used to say that he made it clear to Lynch that if he thought anyone was in the least bit intimidated by that sort of shenanigans he was mistaken and it was inconceivable that the commonwealth would prosecute members of a junior board for discussing Australia Council business with colleagues.
The CEO interrupted the board in its deliberations. The upstart, the cheek of the fellow.
Well we all know boards - especially in the arts and culture area - leak like a sieve. They're not supposed to - all the boards which I had a working knowledge of were studious in certain aspects of their behavior, and understood that confidentiality was expected at all times.
You know, if you were one of those folks who'd scored an insider's seat on a board and had an application before it, you discreetly left the room and after the matter had been considered, came back in to the approving smirks and congratulatory smiles of your board colleagues.
And the staff always picked up the board papers from board members and took them away for either filing or destruction (and the few times someone tried to smuggle them out, they were snaffled before they could reach the door). And the CEO's spent most of their time trying to hose down members from chatting with lobbyists and interest groups, it being the business of the board to decide rather than supplant the staff, or indulge in common gossip and idle speculation about the business before them. Or worse still, wander around lobbying all and sundry.
So now you have an idea of how Pearson might behave should you decide to put him on a board. They play it tough in the mean streets of Canberra ...
The rest of the piece dwells on Devine and Evelyn Waugh (why are you not surprised) and the joys of sashimi, but it's the bits of fish that smell in a pungent way that will reward the read ...
Even in King John, Shakespeare delivered a few interesting revelations about the ways of the world, and so Pearson does, about the way the world worked in the Howard years ...
Mea culpa, mea culpa, mea maxima culpa ...
Posted by dorothy parker at 8:09 AM

I really hope you know the difference between a Tridentine mass and a mass in Latin. Because you give the impression that they're the same thing. They're not.;-)

Also, are you Catholic at all?

Even the most cheerfully liberal Catholic will tend to agree that Traddies, as they are affectionately or derisively known (sometimes in the same breath) are rather alone in the world.

They're just a little more inclined to think that's a good thing. After all, they have a much different picture of the Church.

I did however make the point that the Tridentine mass has only been around since 1570, and that an affection for Latin, the language of the multiple gods admiring Romans, is one of the more peculiar affectations of very peculiar conservative Catholics.

I hope you can read (in English rather than Latin) the actual text, and please feel free to stay as alone in the world as you like.

As we Latin lovers might say, if inclined to the coarse, te futueo et equum tuum (forgive the intimacy of the te).

Or as Luis Bunuel once said, thank god I'm an atheist.