Steve Fielding, Kevin Rudd, CityLife Church, and shacking up to save the planet 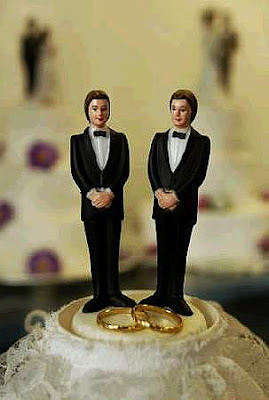 (Above: Senator Steve Fielding provides the best argument for gay people to get married and live together yet devised by  a creationist fundamentalist loving Christian church goer).
You might have forgotten this story, which really is only as old as February 25, 2009, but it's worth re-visiting to remember the quality of Senator Steve Fielding's thinking on global warming (Divorce adds to the impact of global warming - Steve Fielding):
Divorce adds to the impact of global warming as couples switch to wasteful single lifestyles, according to an Australian politician. Family First senator Steve Fielding told a Senate hearing yesterday that divorce led to a "resource-inefficient lifestyle" and it would be better for the planet if couples stayed married.

When couples separate, they need more rooms, more electricity and more water, which increases their carbon footprint.
Is this the best argument for gay marriage you've yet come across?

"We understand that there is a social problem (with divorce), but now we're seeing there is also environmental impact as well on the footprint," Senator Fielding said.

The senator, who came from a family of 16 children, has been married for more than 20 years and focuses on family issues in his political life.

Until he became an adept in the art and science of global warming. And discovered he was completely clueless, so now he's become completely clueless in a new way. But back then he was a believer:
Senator Fielding read out quotes from a US report to the country's top environment bureaucrats.

"Mitigating the impacts of resource-inefficient lifestyles such as divorce helps to achieve global environmental sustainability and saves money for households," Senator Fielding quoted.

Ross Carter, from the Department of Environment, said he had not read the report but would look into the issue.

"Certainly, now that we're aware of it, we will discuss that with other agencies."

He said divorce was one factor that could diminish the efficiency of housing.

How did this sudden discovery of the efficiency of housing go down with the good senator's peers?
The Opposition and the Greens declined to comment on Senator Fielding's concerns.

However, one source said Senator Fielding's campaign could encourage couples to live together in sin to reduce their greenhouse gas emissions.
Yes folks, shack up in sin to save the planet. Gays and straights. Home cooked sex and the planet saved.
Now suddenly this loon, who thought divorce was a contribution to global warming, is a hero to the sceptics for suddenly discovering climate change is a furphy. Only Andrew Bolt and Tim Blair could take him seriously. But then they took Sarah Palin seriously.
Once a loon, always a loon I say.
Meantime, some scientific thoughts from the good folks at Steve Fielding's preferred house of worship, CityLife Church:
If we simply evolved from chemical gases, grown up germs or recent improvements of the apes, how do we account that in almost every culture in the world there is a preference for love over hate, truthfulness over lying, kindness over violence, and justice over injustice. What accounts for this? Are gases, germs or genes capable of creating a moral code of values in people worldwide, one that is remarkably consistent even though billions of people have existed on different continents? Do morality and ethics have a Darwinian explanation (altruistic genes selected through the process of evolution giving people natural empathy) or are they evidence for God?
No, look to the garden of eden and the talking snake, I say. Who is this caddish god-denying Darwin, and what would he know about global warming.
You can find a lot more of what Fielding presumably listens to week in week out by visiting the church's sermon and discussion notes here. Or you can live a useful life. Your choice.
Meantime, I found this happy set of notes by John Stear, detailing his correspondence with CityLife, Family First and Senator Fielding. Wonderful to see such ducking and weaving, or in the case of Fielding simply no reply at all when it comes to the matter of answers in Genesis and the teaching of science in schools. He did get one honest reply from CityLife Church-Knox:
Our Christian school, Waverley Christian College, is an important part of the Church and its ministries. It has a strong record of academic achievement, whilst also providing a caring and supportive Christian environment for the students. Creationism is taught at the College, whilst Evolution is also noted as a theory. Given that it is a Christian school with our belief system based on the Bible, it is natural that we would teach origins based on Creation.

I'm amazed Stear had the energy for the hunt. Well done.
But not a word from Fielding. What's he afraid of, what's he running from? Is he doing an Al Gore on the subject of creationism? After all, Al Gore's a preacher for global warming. What or who is Fielding a preacher for? Has he read all the advice in CityLife's sermons on "Conversations & Evangelism"? Is he doing his best in "Reaching the Unchurched Next Door" (in four parts). After all, it's the fundamentalists who got him the gig. (You can catch John Stear's correspondence at "Family First'? - not in science education).
Remind me yet again how the Labor Party helped Fielding into power with just under 2% of the votes of Victorians, and how Fielding will now will demand of Conroy that the intertubes must be subject to draconian censorship. (I'm told that Fielding's vote amounted to 2,519 first preference votes).
Now if Fielding is inclined to creationism as a philosophy, I want him to meet up with Ian Plimer. It should be a fifteen round battle royale, alternately smack down and love fest, as the anti creationist Plimer bonds with the fundie Christian over global warming.

But instead of a decent all in bring a bollard with you state of origin match, The Punch offers us Kevin Rudd with his first blog on Here's why Fielding should support us on climate.
Talk about a love tap on the chin. Only a Queenslander would go down. And it's so unscientific. He doesn't even include one graph, the one clear graph that indicates climate change is a furphy. And golly the loons come out in force in the comments.
Why do I think loon pond is these days undergoing a population crisis of the hugest kind. So many loons flocking and squawking.
If only Malthus had been right ...
Ah well, if Fielding can provide solid arguments in favor of saving the planet through shacking up, perhaps he can provide a coherent critique of the government's current legislative plans in relation to global warming, and devise a better model.
Oops, I looked out the window and thought I saw a number of porcine like creatures flying ... mebbe on their way to or from the garden of eden. 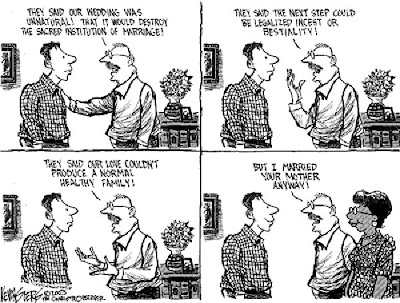 Posted by dorothy parker at 2:25 PM