Seth Stevenson, advertising, love, hate, pain and the strange door that leads to a green void 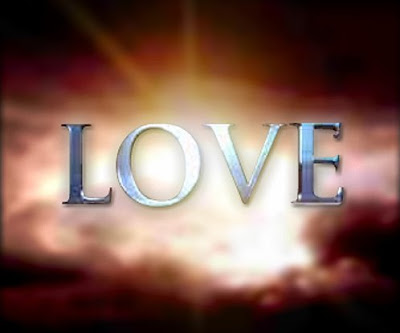 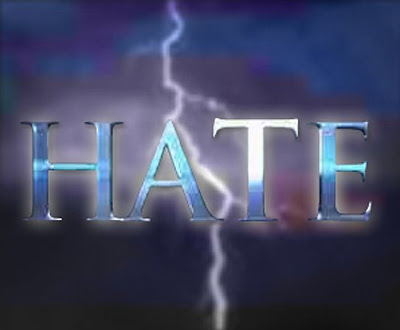 (Above: Love pain the whole damn thing
if you want my heart you get everything
Love pain the whole damn thing
It's a crown of thorns to wear a golden ring
Love pain the whole damn thing
Oh sorry Amy Sky, got it wrong, it's an ad for scientology).
One of the things about living in Sydney is that there are cockroaches everywhere.
You can put down baits, you can mount fierce attacks, but they just keep coming. One time a blocked sewer out the back resulted in a man lifting the lid from the sewer and giving me a glimpse into the netherworld. Zillions of cockroaches, festering away just a few metres away from the back gate.
No way you can stop that kind of infestation, or the occasional cockie warrior making it into the kitchen. They'll win in the end. Game over.
Advertising on the intertubes is a bit like the cockies. It's everywhere, works on crude formulations of interest, and frequently features the underbelly kind of client. Lately there's an advertisement that's been doing the rounds for Scientology:
"You are not your name," says a voice-over announcer, as we see a series of different nametags. "You're not your job." We see people in the uniforms of different occupations. "You're not the clothes you wear or the neighborhood you live in." Images continue to illustrate the litany of things that you are not. "You are a spirit that will never die," the announcer concludes. "And no matter how beaten down, you will rise again." The tag line: "Scientology. Know yourself. Know life."

Know thetans? Know clear?
You can catch up with Seth Stevenson's assessment of the ad here at Slate, in Are You There God? It's Me, Madison Avenue How to make an ad for a church.
He gives it a B-, and along with a link to the recent series in the St. Petersburg Times on the self denominated church (here), notes that it seems that the cult has been recently redoubling efforts to raise funds.
Perhaps this new campaign is part of Miscavige's revenue drive. Or perhaps it's an effort to counteract the negative press, the increasingly open ridicule, and the growing bands of protesters that have lately dogged the religion.
Stevenson's impressed by the slickness, the high budget gloss, and the cinematography and editing of the ad. But he also raises a few questions about the tone - dark, dramatic and epic.
...  Scientology's marketing challenges are different from those faced by religions with more established bona fides. By now—especially in the wake of the Tom Cruise couch-jumping incident, and the subsequent snarky national conversation—I think there are a fair number of people out there who have a nascent, inchoate sense that Scientology is weird. They're looking for reassurances that this is a faith for everyday people, not just eccentric celebrities. They're wondering whether Scientology's worship services will be something they're comfortable with. These grandiose yet stubbornly vague ads, with their intimations that Scientology holds the answers to all life's riddles, don't bother to address any of those less lofty concerns.
That's why I'd rate them an F. The latest to flash pop up to come my way has the same portentous vaguely sci fi feel to it. Love and pain and the whole damn thing and the mystery of it all, lurking behind a door that might have been painted by Magritte on a depressively bad day for surrealism,  and with flashes of sci fi lightning that makes it look like Cecil B. de Mille was an inspiration.
But whenever you ask an open question in a campaign - like "what is the answer?" - you have to accept that the customer is likely to answer "not your alphabet soup buddy".  As an ad, it's about as convincing as John Travolta's Battlefield Earth.
But I do hope they keep sending them my way. It gives me a delicious thrill at the thought of the money they're wasting, when they'd be so much better off getting the worker bees to harass people in the streets, and arm wrestle them inside for a free test.
If you can get a sucker to fall for that kind of pea under the shell routine, you could well have a chook ripe for the plucking and the eating and the spitting out of the bones (but save the chicken feet, very tasty). 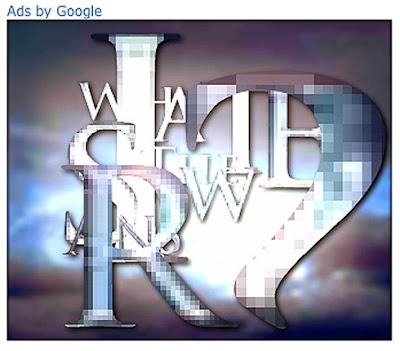 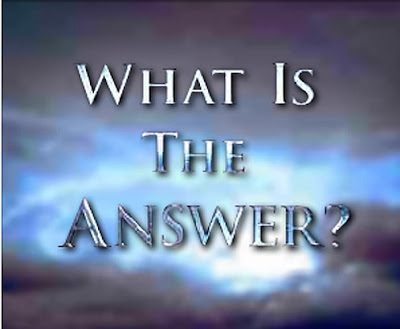 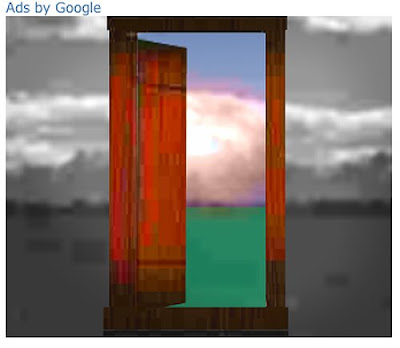 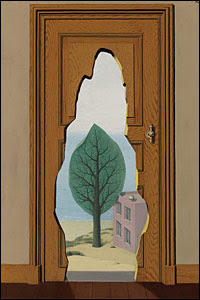 Posted by dorothy parker at 4:59 PM