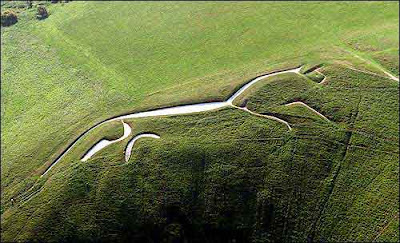 Every so often, we love to drop in on favorite authors, and who could be more favorite on loon pond than Hal G. P. Colebatch.
It being a slow Sunday, what better way to fill in the empty hours by a visit to The American Spectator and his last column.
Sure you might be greeted by the unsettling visage of Ben Stein begging for money for the site - y'all will remember Ben Stein for his epic Expelled: No Intelligence Allowed, which managed to celebrate the science of intelligent design while conflating the theory of evolution with the rise of eugenics, Nazi Germany and the Holocaust.
But intrepid explorers of ideas are made of stern stuff, and so on we go to Epic Chesterton.
For those who've come in late Chesterton was a twentieth century writer who has largely disappeared from the popular imagination he once occupied centre stage, though there are still some who see him as part of a trinity of Christian writers, the others being C. S. Lewis and Evelyn Waugh (though truth to tell Waugh creams the other two in the art of writing). (As usual Wikipedia has an extensive entry, here).
Chesterton turned Catholic in later life, and there's no doubt that Hal G. P. Colebatch regards him as close to sainthood:
While some scholars have begun meeting at Oxford to discuss the cause of his eventual sainthood, G. K. Chesterton is remembered largely today by the reading public as the creator of the Father Brown detective stories, in which a humble Catholic priest solves crimes largely because his experiences in the confessional makes him exceptionally informed about the real nature of good and evil.
But Colebatch has other fish to fry than Father Brown, and for that he turns to Chesterton's epic poem The Ballad of the White Horse:
In its style, though not in its ultimate concerns, The Ballad of the White Horse is a rather different work from the adventures of Father Brown. It is not perfect as poetry but it is one of those works -- there are not very many -- that can actually change the reader's life and is a perennial source of inspiration and hope.
Now let's not linger too long on the poem itself, life changing and perennially inspiring as it is. Colebatch quotes from it extensively, and presumably he's paid for his important work, so it's important you click on his column to boost the American Spectator's numbers, but if you have a hankering for the whole event in free form, you might like to avail yourself of a free copy from Project Gutenberg here.
It might take you a time to wade through the whole thing - it's in eight books and runs to a flatulent length - but it's about the legend of Alfred, the sort of visionary stuff which chills an English spine as they smack and smote the colonials all over the field in the way they once taught the Vikings a lesson. It even has its own Wikipedia entry here so you know it's pretty significant, and might even have been ripped by Tolkien!
Colebatch's first quote gives you flavor enough, with things looking grim for the Christianized kingdom of Wessex and its symbol, the golden dragon:
There was not English armour left
Nor any English thing
When Alfred came to Athelney
To be an English king …
And the God of the Golden Dragon
Was dumb upon his throne,
And the lord of the golden Dragon
Ran in the woods alone …
Now some of the wretched Saxons just want to give the game away, but Alfred is made of sterner stuff, and is intent on setting the course of England to its ultimate situation, with conservationist Bonnie Prince Charlie ready to inherit the throne and save the world, with or without Al Gore.
Well things in the poem go on apace for many pages and then - spoiler alert - it looks like Alfred and his arm are hopelessly beaten. Luckily Alfred gets his act together and smotes the Vikings with his axe and Odin falls. Take that you filthy Scandinavians with your Ikea and your Nokia and your Volvo.
But there's a bit of a downside. You've always got to watch out for the heathens threatening to topple civilization. As Colebatch notes:
In the final part, describing the years of peace that follow, the king warns the fight will go on: barbarians will come in the future armed not only with warships and burning torches but also with books, with "the sign of the dying fire," and: "By this sign shall you know them: that they ruin and make dark."
Let's consult the holy text in detail so we can be forewarned and forearmed:
By this sign you shall know them,
The breaking of the sword,
And man no more a free knight,
That loves or hates his lord.

Yea, this shall be the sign of them,
The sign of the dying fire;
And Man made like a half-wit,
That knows not of his sire.

What though they come with scroll and pen,
And grave as a shaven clerk,
By this sign you shall know them,
That they ruin and make dark;

By all men bond to Nothing,
Being slaves without a lord,
By one blind idiot world obeyed,
Too blind to be abhorred;

By terror and the cruel tales
Of curse in bone and kin,
By weird and weakness winning,
Accursed from the beginning,
By detail of the sinning,
And denial of the sin;

By thought a crawling ruin,
By life a leaping mire,
By a broken heart in the breast of the world,
And the end of the world's desire;

By God and man dishonoured,
By death and life made vain,
Know ye the old barbarian,
The barbarian come again--

When is great talk of trend and tide,
And wisdom and destiny,
Hail that undying heathen
That is sadder than the sea.
Yep, the anti-sword pacifists are at it again, along with the greenies and their like, not to mention clever post modernists and post structuralists and post semioticians, with the leather patches on the elbows and clever dick words, doing old England down, bringing on the ruin and the dark. Is it a sign, a portent, that bonnie Prince Charlie is a charlie? Must noble warriors take to the streets yet again?
C. S. Lewis has said that The Ballad of the White Horse is "permanent and dateless…does not the central theme of the ballad…embody the feeling, and the only possible feeling, with which in any age almost defeated men take up such arms as are left them and win?"
Feel ye not the stirring within your loins proud Englanders? Thrash the Australian cricketers, throw away the color television sets, abandon your love of the Beatles and take up the bowler hat yet again. One day perhaps India and Pakistan and the middle East will recognize what they lost and welcome you back as conquerors, as opposed to weekend travellers blitzing Spain, Amsterdam and any European soccer match in which English footballers might be participants.
Join with Colebatch :
It is good to read The Ballad of the White Horse, and also to reflect that it is basically true. There really was a climatic battle at Ethandune (possibly modern Edington, where a white horse is carved on the chalk hillside, possibly originally in memory of the battle), and where, against all odds, the nascent Anglic civilization and its noble and undaunted king, after years of defeats and betrayals, really won the day, and where the barbarians really were not only defeated but Christianized: Guthrum, with Alfred as his Godfather, took the Baptismal name Athelstan and kept the peace for the rest of his life. In England learning, culture, and civilization were revived under Alfred's rule, and we really were saved from being savages forever. Thank you, G. K. Chesterton.
Onward Christian Anglic soldiers, saved from savagery and marching off to war. Better a heathen in hell than happy in this world ...
Thank you Hal G. P. Colebatch for reminding us of eternal verities and truths. Let's keep yearning for a past that never was and a future that will always be dark with fear and uncertainties, knowing that a good man with a rifle can sort out the heathens ... (or a cricket bat, unless a good nuking is required, and that too can be delivered, for along with the thwack of willow on leather there's nothing like the cleansing of split atoms on philistine skin) ...
And now as republicans threaten Australia and we suffer under the yoke of the evil tyrant Chairman Rudd, we turn to the north and mutter a silent prayer ... save us oh bonnie Prince Charlie ...