Piers Akerman, Chairman Rudd, and counting the many ways he's ruined everything this week 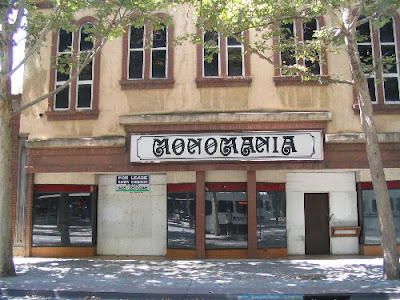 In psychiatry, monomania (from Greek monos, one, and mania, mania) is a type of paranoia in which the patient has only one idea or type of ideas. Emotional monomania is that in which the patient is obsessed with only one emotion or several related to it; intellectual monomania is that which is related to only one kind of delirious idea or ideas.
You can read more about monomania here.
Or alternatively you can just go read Piers Akerman. He has a serious case of monomania, limited to the case of Chairman Rudd. The latest bout is to hand in Rudd is a bit player on the world stage.
It amazes me that the Daily and Sunday Terror continue to publish what might make for an interesting case study for a psychiatric journal, as yet again Akerman publishes a litany of charges against the Ruddster worthy of a Greek tragedy. If a man were so profoundly inhuman and incompetent, surely he'd already have been thrown into the flames of hell.
Here's Akker's opener:
Prime Minister Kevin Rudd had a short-lived and undistinguished career in the Australian diplomatic service and now we know why. He wasn’t very good at diplomacy and the prospect of working for a Queensland Labor premier, Wayne Goss, obviously seemed vastly more attractive.
A nice bouncer to the head. Then there's the now obligatory countdown of Chairman Rudd's many current failures, failings and delusions of grandeur:
1. In all the talk of climate change, everybody seems not to have noticed that the G8 isn't the G14 which isn't the G5 which taken together doesn't amount to the G20, but the G20 which includes Australia isn't the same as the G14 which includes the G5 and the G8 which might make you think it's the G13 but you forgot about Egypt.
2. In all the talk of China, everybody seems not to have noticed that the Mandarin speaking PM's glib tongue falls on deaf ears in Beijing as they told him to get lost in special language that required no special translation, as the case of Hu represents a gross breach of convention which has never occurred before except in the case of Australan Chinese businessman James Peng during the time of the Howard Government, with Peng spending six years in the slammer.
3. In all the talk of businessman Hu, some lefties have laughably claimed that this behavior in relation to Hu is somehow related to David Hicks, when in fact the only good thing about habeas corpus is that it produces corpses interred in jails as all jihadists should be.
4. In all the talk of the recent bombing in Jakarta, the media forgot to notice that the rise of Islamic fundamentalists might well be attributed to the poor relationship between Chairman Rudd and our northern neighbour. Unlike that Islamic president Obama, who has special ties with the country, while Chairman Rudd is really only a Mandarin speaking lackey for the dragon from the north.
Now it's time to quote a long time member of the Australian diplomatic corps, who for all we might know could well be a sinister anonymous blogger with no respect for actually standing up for what they believe in:
"Ever since Rudd personally blocked [Australian diplomat] Hugh Borrowman’s appointment to Berlin after he had been nominated by the Foreign Minister, no onewants to make a decision which the PM might overturn,’’ he said.
Rudd blocked Borrowman’s appointment on the basis of his `"language skills’’, even though the experienced diplomat had "qualifications’’ in German.
This is all apparently the result of Borrowman and Rudd knowing each other during their ANU days, which reminds me yet again how John Howard never carried a grudge and was always personally charming and charismatic and never did anything to repress the careers of anyone as they strove to serve Australia.
Former prime minister John Howard, who praised Borrowman, said the diplomat had been "very intelligent and highly professional. He had an excellent grasp of all foreign affairs issues’’.
Well yes, and let it not be said that in any sense Akerman is motivated by a personal and petty hostility to Chairman Rudd.
In the Borrowman case, as with the G8 grandstanding, Rudd appeared to be acting in a petty and personal manner, not as the professional he likes to portray himself as.
Whereas under the previous government, Australia let its actions speak for themselves when it successfully took decisive global initiatives, under the Rudd government it’s all talk and irresponsible and damaging action.
That's right, as case file number one thousand and forty two draws to a close, it becomes clear that Australia is just one step short of being a bum in the gutter with an empty sherry flagon on the international stage, while domestically it is already in the casket and awaiting cremation and a pauper's funeral.
As for monomania? Well let's leave that to the likes of Hal G. P. Colebatch of Nedlands WA, who sees the decline and fall of the English Empire in the Beatles and color television.
Our Piers is made of sterner stuff than that. He sees the decline and fall of Australia at the hands of a Mandarin speaking doofus, and he sees it over and over again, column after column, week after week.
It almost makes you wish that the basket case known as Australia would in fact disappear, that the failed Mandarin speaking Rudd was sent to Xi'an province as penance, and that John Howard could be brought back from the political grave, a Lazarus risen yet again, with mothballs applied to ease the smell, if that's the only way Akerman's monomania might be cured ...

Now check your own mental health against Wikipedia's handy list of monomaniac ailments. If you answer Chairman Rudd to any of these questions, consult your Doctor.
Capgras's Syndrome: Delusion that an impostor has been substituted for a significant person in the patient's life.
Easy. Chairman Rudd is an impostor.
de Clerambault's syndrome (erotomania): Delusion that a man or woman is in love with the patient. This can occur without reinforcement or even acquaintanceship with the love object.
Easy. Chairman Rudd is in love with my vote, but I spurn him.
Fregoli's illusion: Delusion that a tormenting individual is changing his appearance to resemble different persons in the patient's life.
Why yes, I've noticed that Chairman Rudd changes his body shape at will in order to persecute me in many different ways.
Genital retraction syndrome: Delusion that the penis is being retracted into the body.
Tricky for me, but I can see how it might work. Can women worry about how Chairman Rudd causes small breasts? Or breasts that are too big?
Wendigo (Wihtigo): Fear that one is being tormented by a demon who devours people. Alternatively the patient can take on the characteristics of the windigo. (Seen only in isolated members of the Algonquin Indian nations of Canada and the USA.)
Well that's a lay down misere. The demon Rudd doesn't just devour people, he devours Australia and shortly will devour the world.
Demonomania Delusion that one is possessed by demons.
Yes, I lie awake at night dreaming of being possessed by Chairman Rudd, knowing he only sleeps three hours and is always on the prowl. Not even Darren McGavin in Nightstalker can save me. I feel a 360 degree neck turn Linda Blair style coming on right now.
Eek, it's clear. Kevin Rudd truly is a demon, and we all suffer under him. We need a ghost whisperer or a medium, a Patricia Arquette or a Jennifer Love Hewitt to guide the demon into the next world, and we need them right now ...
Posted by dorothy parker at 9:35 AM