Terry Barnes, Tony Abbott, the punitive mind set of the conservative, and all the king's horses 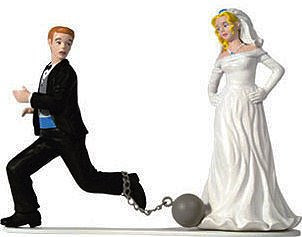 (Above: great cake topper ideas for conservatives about to get hitched until death do them part, unless divorce lawyers and private eyes and courts can sort out the unholy mess in which they landed themselves).
At first I thought Tony Abbott's new proposal to bring fault back into marriage and divorce - as if marriage wasn't already fault finding and punitive enough according to conservatives - was the product of his own fevered conservative Catholic brain.
After all, Catholicism is adept at guilt and confession and punishment and forgiveness as a way of keeping the tithes ticking over.
Then I stumbled on Terry Barnes in Let's help more of us to have and to hold on and I realized that Abbott must have workshopped the concept and decided it was a goer.
Barnes in his tag is noted as having advised Howard government ministers Michael Wooldridge and Tony Abbott, and concludes his column in a bizarre way worthy of an Abbott advisor:
Provided people aren't forced to remain in abusive relationships, if reintroducing a reasonable and defensible concept of fault into relationship break-ups will help more partners to stick together for the long haul, it is something well worth considering.

WTF? What on earth is a reasonable and defensible concept of fault? Like you were swinging your dick around and now I'm going to take you to the cleaners, or you were having an affair with the postman, so now you can get out on the street and deliver the letters with him?
Barnes arrives at this conclusion by regaling us with an anecdote about his aunt:
In the early 1970s my aunt spent several years nursing in a remote community mission in the New Guinea highlands. Reminiscing recently, she said that it was a constant struggle to coax every last bit of use from surgical instruments, syringes and other essential equipment.

When she returned to Australia in 1973, however, she was astonished to find how things had changed at home. Disposable equipment had become the order of the day, and reusable items suddenly were obsolete. Her nursing experience was an analogy for those times. On July 1, 1975, marriage itself became a disposable item with the introduction of the Family Law Act and no-fault divorce.
Marriage as a disposable syringe? What is it about conservatives that they fail to understand the essence of marriage? People come together and they stay together. Or they don't. Putting lawyers and courts and private eyes into the bedrooms of couples isn't going to swing it one way or the other.
In his forthcoming book Battlelines, former Howard government minister Tony Abbott will argue that the relationship pendulum has swung too far, and that the concept of fault as grounds for divorce should be back on the agenda.

Abbott's argument is simple: if the way out is too easy, attempts to save or even shore up a troubled relationship will be set aside.

Well the argument actually might better be described as simple minded, since on the one hand Abbott has recently blathered on about the joys of passive smoking in cars as opposed to the nanny state, then he starts blathering about how he wants to bring the nanny state back into marriage and divorce.
And when you look at the logic, it's like marriage is some kind of trap or prison in which the unwilling victims must be kept locked up for fear they'll take the easy way out. Yeah, let's make divorce so tough suicide will seem like a sensible solution.
Bizarrely, in support of this bizarre proposition, Barnes quotes data that suggests that the median length of marriage to separation was 8.9 years in 2007, as opposed to 7.8 years in 1998. And that the median length of marriage to divorce was 12.5 years for divorces granted in 2007, while in 1998 it was 8.9 years. And that after peaking at 2.7 per thousand of population in 2003, the divorce rate in Australia has declined in 2007 to 2.3 per thousand.
So what's the problem here? Well when you're in opposition, I guess all that remains is blather and a pious willingness to ignore the figures:
Such numbers, however, don't tell the stories behind them. What kept these couples together for as long as they did, and what finally tore them apart? Was it marrying in haste and repenting at leisure, "for the sake of the children", partner or child abuse, financial difficulties, infidelity, or simply familiarity breeding contempt? How hard did they try to work on repairing their relationships? This is where Abbott's point goes - was the leaving of the relationship proportionate to the problem?
More to the point surely is the question of whether staying in the relationship would fix the problem, and how on earth would returning to the days when couples turned the end days of a relationship into an ugly court room drama of recriminations and blame and guilt, while the children stood on the sidelines wondering what emotional truck had just driven over them.
Do Barnes and Abbott really think they will be able to stop the trend to divorce or serial monogamy by a return to the old days and by introducing punitive approaches to divorce? Well only if you think saying thirty Hail Marys will somehow prevent fornication and adultery:
That divorce is still common, despite community support for marriage and publicly funded services such as the Federal Government's Family Relationship Centres, suggests that too many of us either take the words lightly, or simply don't realise how hard the marital road can be after that initial brilliant glow of romantic love - and lust - fades.

But after the ritual tugging of the forelock at how wonderful the Howard government was when it comes to the family unit, and the need for hard work in relationships and sacrifice ... Hang on, why do men always describe marriage as thick and thin stuff, and suffering and hard work and sacrifice? Is marriage like some kind of living hell, working away down mine digging out coal or tending furnace in steel works? Hard work, but no joy?
Well no matter all the wonderful work the Howard government did, and the way the stats seem to be heading the opposite way to the problem perceived by Abbott, there's still a need for more tinkering, and this is where it gets really weird, because somehow it seems to involve same sex marriage:
Nevertheless, we still need to revamp relationships law, especially the federal Marriage and Family Law Acts, to ensure that all those who want to make such a commitment are encouraged, championed and supported in their often difficult task. In this day and age this should apply not only to marriage between a man and a woman, but also to marriage or similar binding commitments between same-sex partners.
Ah yes, it seems that the conservatives recognize that there might actually be marriage between same sex partners somewhere down the track in Australia. So let's make sure it's the kind of hell heterosexuals had to endure in the old days. That'll teach them. It's difficult and hard, this getting hitched, and let's see how they handle it.
Then we can have standard off the shelf lite marriage for gay folk and others in search of the easy disposable syringe, while conservatives will have Leet Marriages, which are hardened and toughened and durable, because they know if they don't work and suffer their way to success the divorce courts are going to have fun fixing the blame on all and sundry. Meanwhile, while we devise this new form of marriage as cilice wearing, let's see how the gays cope with this game:
If two people want to pledge themselves freely and publicly to each other, to respecting each other and to making their relationship work, they shouldn't be legally barred from doing so simply because of an accident of gender or sexuality. Society is tolerant and open enough to welcome and encourage such declarations of commitment, rather than to dismiss them as outside the pale. Gay couples are just as entitled as their heterosexual equivalents to make public and legally binding vows to love and honour each other, but equally must account for the consequences if they break their vows.

Yeah, and once you get hitched, let's see what happens if you go back to the old ways of touring the beats or heading off for some clubbing. There'll be consequences. Oh yes, we'll make you regret getting hitched. You bloody disposable syringe lovers.
It's vital for our society that all couples, regardless of their sexuality, accept that their legally recognised relationships are not disposable items in our throwaway society. Just as marriage shouldn't be entered into lightly, ending a marriage or civil partnership shouldn't be too easy either.

No, it should be bloody hard to break up, onerous and burdensome and tough, like marriage is, and like it used to be in the old days when marriage was hell, and divorce even more hellish.
Oh the suffering and the humanity.
Is there any more poignant, tragic and sad example of how conservative thinking contends that life must involve pain and suffering and work and obligation.
Try this for a thought. Marriage can be fun. You stay in it because you like it. But if it breaks, all the kings horses, plus Tony Abbott and Terry Barnes, won't be able to put it back together again. And then the bonus punitive measures they propose will just scramble the egg even further.
Been there, done that, bugger off Abbott and Barnes, and take it away Dolly:
Momma moved out
Daddy sold the house
They split up the money
And went on their way
And all the king's horses
And all the king's men
Couldn't put mommy and daddy back together again

What will the neighbors say?
They're talking talk, its small town news
Facing fifty years old
Making up a happy home
And this far down the road
You find yourself alone
Two fools 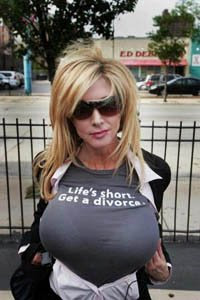 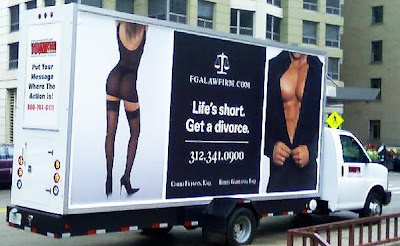