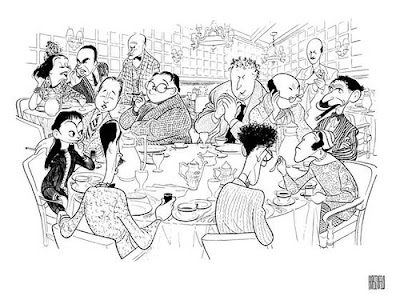 A little housekeeping.
In the tradition of the true blue dinky di Australian, Dorothy is off to her heartland roots. No, not the Algonquin hotel in midtown Mahattan, home of the wonderful real Dorothy Parker, with her sashay and style, but rather the wonderful town of Tamworth, home of country music and the sad ersatz papier-mâché fake wannabe Dorothy Parker (and now you understand the root cause of schizophrenia).
In this dark and remote wilderness, there is little by way of internet cafes, or wifi, and less by way of arty crafty chardonnay and lefties. So Dorothy will probably do a little shooting and kill a few bunnies and down a few ales (make it dark, good fellow, like a Newcastle old), and a scone or three and a cup of tea or ten, and heck if a petrol head like Tim Blair can go to Townsville, some day he might become a real man and get into a fight in Maguires. In the meantime, we heartland Australians must consider him a poseur and a ponce and a flibbertygibbet, and likely to get nosebleed ten kilometres out of a major metropolis if there longer than a day.
And by the way if you saw tonight's Four Corners, maintain the rage about the coal miners wanting to fuck over the Liverpool plains. Love the country, you Liberal fuckers ... and so called Nationalists ... and to hell with the Labor party while we're at it ...
You've ruined the Hunter valley. Enough already. 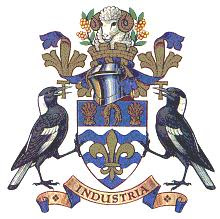 Posted by dorothy parker at 8:22 PM