(Above: Jack Nicholson in Chinatown, back in the good old days when you could enhance family relationships and values by having a daughter and a sister all in one).
We were shattered to learn of the reaction of the private dick industry to Tony Abbott's grand strategy to re-introduce a "fault" clause into divorce proceedings.
Rick Feneley has penned an hysterical, outrageous portrait, an extremist view of the consequences of the Mr. Abbott's proposal, in Private eyes dread a return to infidelity on camera.
I mean, what do you make of an anecdote like this?
Picture this: a husband so desperate to escape an unhappy marriage that he commits fraud to "expose" himself in an act of infidelity. He hires a prostitute to act as his lover and a private investigator to burst into a motel room and photograph them in flagrante delicto.

Australia's private investigators can recall the boom days of a seedy, sordid business, when a spouse would go to such extremes to get a divorce.
I mean really, no mad monk comments please. We're above that kind of language, and besides this was most uncommon. In the old days it was much more sensible and simple just to embark on an affair, and have a private dick catch you in the act because your spouse had sooled the hound on to you, and you didn't know the bugger was on to you and had the latest state of the art "flash bulb" technology hooked up to his camera (no implication should be read into the wording of 'hooked up').
"Heaven help us," says Warren Mallard, managing director of Sydney's Lyonswood Investigations and Forensic Group. He does not want want a return to the "ugliest days of all" for marriage in Australia.

"People had to be caught in a compromising position. That required evidence, so there were a lot of photos of ankles wrapped around ears, for want of a better expression. It was not work that investigators relished."

The humiliating pictures could be tendered to the Divorce Court. "But it got to the point where people wanting a divorce would commit fraud and deception and 're-enact' the offence of infidelity - hire a prostitute, hire an investigator, to catch them in the act." Even in cases of amicable divorce, couples agreed to such fabrications.
What spoilsports. What cynics and ne'er do wells. What a pack of mean minded heartless scoundrels. What's wrong with an ankle wrapped around an ear, for want of a better expression. (Though if you want a better expression why not a man thing in a woman thing, or ringing the bell or hiding the salami or playing doctor or santa or dropping anchor or clubbing the kitten?)
Not only would it be great business for the private dick industry, it'd be great fun for tabloids, already running short of material as Republican governors evade the cameras and head off to South America for their fun.
The wretched Mallard - a name that qualifies him for a corner of loon pond - babbles on about privacy laws, and the difficulties of barging into motel rooms and people's houses.
Dearie me, is this in the spirit of the great J.J. "Jake" Gittes, always ready to tear a page out of a public document with the help of a ruler and a cough.
Thank the lord that John Bracey, president of the Australian Institute of Private Detectives, can see a way forward, with private dicks on standby, at the ready, to take instructions, gather evidence, and establish in a court of law the evidence of spousal adultery, contriving with lawyers - at a reasonable expense - to establish guilt, mortification, lashings, and sordid revelations. But there is one minor catch:
"And if there is a law that infidelity is grounds for divorce, we can't have another privacy law that prevents us from gathering evidence of the infidelity. It would be lunacy."

Not a problem. Let's just change the useless privacy laws!
Now some might think the mad monk's proposal (sorry monks of the world) is the actual lunacy, so bereft is he of understanding the way the world works these days, so much in love with the conservative wing of the Catholic church that he simply can't remember what it was like in the old days (though you'd think that the return of a possible love child would have given him at least a gentle prod in that direction).
Sadly Mr. Bracey suspects Mr. Abbott's proposal will be buried, which is ever so unsatisfying given that it would be so much better if Mr. Abbott had been interred in the same place as his social engineering - somewhere dank, dark and festering, and possibly infested with vampires or zombies.
But I'm pleased to learn that the work for the private dick game now lies in family law and custody disputes and adequacy of care for children and abuse and refusals to pay maintenance.
They've moved on from people who fuck up their marriage to people who fuck over their children.
I guess it's a kind of progress.
Oh and maybe you missed the piece about Abbott's family values, wherein he played down rumours he was seeking the leadership of the opposition:
Australian couples have the option of being married under a new law that would make it more difficult to get a divorce as part of a push to strengthen traditional family values by conservative federal politician Tony Abbott.
The outspoken Liberal frontbencher wants a return to a fault-based system of divorce similar to the old Matrimonial Causes Act that provided grounds for divorce, including adultery, cruelty, habitual drunkenness or separation for more than five years. Mr Abbott's proposed new law would run alongside current legislation that allows people to divorce after a 12-month separation.

The strengthening of the institution of marriage is part of Mr Abbott's bid to ramp up a campaign to bring conservatism back to mainstream Liberal Party politics.

Bring it on I say. Bring on the new world of conservative values. Let conservatives "come out" instead of hiding behind the bushes as they did in the Bush and Howard years. Let their wacky values meander in the sunlight. Let them be as visible as gay folk at the Mardi Gras, since they seem to have hid their light under the haystack this last decade or so.
And make Tony Abbott leader of the Liberals now!
Not going to happen? What kind of deviant devious plot would prevent that from happening? But I guess that'd allow Bronwyn Bishop to lean over and whisper in Tony Abbott's ear my favorite line from one of my favorite movies:
Forget it Tony, it's Chinatown.
And if you've read Piers Akerman, you'll know all about what living in Chinatown means. 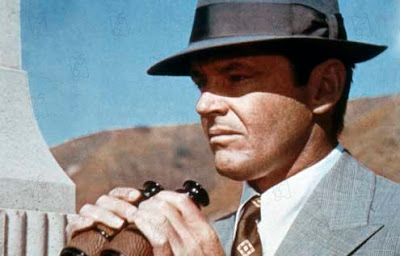 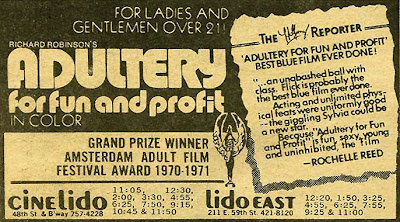 Posted by dorothy parker at 9:46 PM