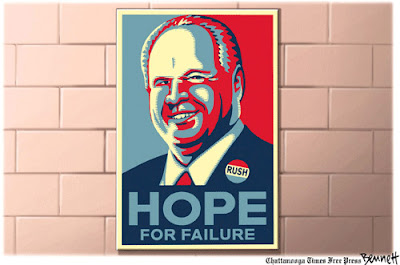 Most sanctimonious, stupid, nonsensical piece of humbuggery, and a worthy note on which to end the week?
I would like Kevin Rudd to succeed because, as an Australian, he's my prime minister too.
As penned by pious Tony Abbott, aka the mad monk in his Daily Terror blog.
Sure, but at least Rush Limbaugh honestly wants Obama to fail.
I wonder whether Abott chortled as he typed that line, or is he so deeply deluded that he believes - or he expects us to believe he believes - he really truly ruly would like KR to succeed?
Of course the rest of his blog is full of standard Rudd bashing, including but not limited to comparing him to Gough Whitlam (without the grandeur), and calling him stupid, two faced and gutless over the boat people and sundry other things (in more genteel language), especially when compared to that fearless man of steel John Howard (see Rudd, full of boat people and budget rhetoric).
Sure, so Abbott wants this hopeless dingbat to succeed? As if. Pull the other leg, and pull it hard.
I don't mind politicians being politicians, and I understand the game is to agree to disagree, and then argue endlessly in the bear pit. But really when a dumb ass politician writes something as dumb ass as hoping Rudd will succeed, when he fervently hopes he'll fall flat on his face, and spends most of his time saying he has and he will, so Abbott's team can get off the bench and out on the field with possession of the ball, it's time to push open the window, shout you're mad as hell, and you're not going to take it anymore.
And to think it was Plato who got it right centuries ago.
Those who are too smart to engage in politics are punished by being governed by those who are dumber. 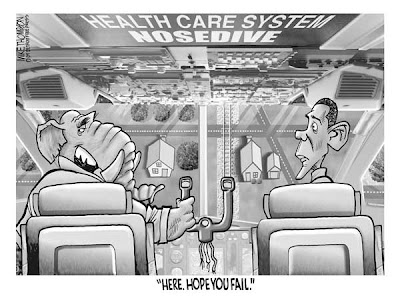 Gee I dunno, Julie Bishop on Q&A last night was auditioning for prize loon on the opposition benches. Even PJ O'Rourke looked desperate to switch seats to get away from her - those steely-blue, fanatical HR Nicholls eyes have a hint of the crazy about them.

And let's not forget Abbott actually diagnosed the later Howard years as subscribing to 'magic pudding economics'. Nearly fell off my chair when I read that, and it's been remarkably let fly under the radar. The only sensible analysis he's ever done.