Teabagging, the American right, the Australian right and a new way to savage Comrade Rudd

(Above: Andy Cobb at Teabag central on YouTube alerting us to the real meaning of tea parties, give him a click).
Teabagging is a funny term, but the best definition, and the one that seems most common (and number one in the urban dictionary's definition of the term) involves a man inserting his scrotum into another person's mouth, in the fashion of putting a teabag into a mug or teacup.
It also seems to involve some kind of fringe anti-tax protest in the United States, which will culminate on April 15th with a host of tea parties, as right wingers everywhere send their tea bags to President Obama, and otherwise stage a brand new Boston tea party.
My partner, who is usually surprisingly resistant to radical action, especially when it involves right wing loonery, showed a remarkable enthusiasm for joining in the rebellion, explaining that this was a call, a passionate cry for change everyone could believe in.
I thought it was all a joke, invented by Rachel Maddow, but then I saw that Fox News was all over it, and then I hit Giovanni's World, and he was all het up for teabag politics:
We are in a war for our country. We know that the left will, and has, used every dirty trick in the book, so I see know damn reason to start being polite. We must win this war for our kids!

They voted for him. Let them pay.

Obama is a Communist

When I die, send my ashes to the I.R.S. Then they will have it all.

If the government can print money when they want it, why can’t we?

KAD (Kill the American Dream)
Teabag Congress? Dearie me, the possibilities are boggling.
Funnily enough, this in a country where sweet capitalism has now deployed the payday loan into a $40 billion a year industry, with more locations than McDonalds, with a structure that relies on rollovers and finance fees, and the poverty of the clients to ensure that they can never pay off the principal. As a result, the effective rate of interest can be astronomical (we're talking 100-700%), while the clients (if they're law abiding) can be hooked and ripped for life. Of course only the poor and the lower middle class, already precarious and facing an uncertain future, need apply.
In the old days, this used to be called usury, and there's a nice article on it in the April Harpers by Daniel Brook called Usury Country: Welcome to the birthplace of payday lending (only available online to subscribers).
And the right think Obama's the problem, and somehow teabagging will fix the problems America faces.
Anyhoo, enough of all that.
More to the point, it's time the right here in Australia adopted the latest fad in US protest, as they've borrowed everything else that's come before.
I'd like to see Tim Blair, Andrew Bolt, Paul Sheehan, and especially Piers Akerman teabagging PM Rudd. No not that kind of teabagging, you silly, sick prevert, this kind: 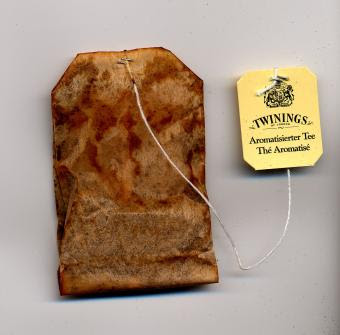