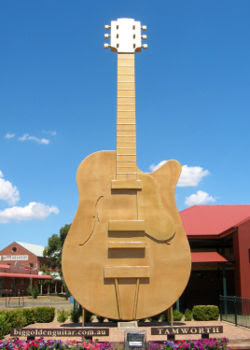 (Above: greetings from the heartland, more Australian than Sarah Palin is Alaskan)

What's the single best indicator revealing you're in loon territory, as sure a sign as a bit of litmus paper going red in the presence of a commie pinko pervert and blue when thrust down the mouth of an eastern suburbs ponce? (No, it's got nothing to do with acid and alkali you Ian Plimer lovers).
Why, it's to talk of inner city dwellers as some kind of extraordinary mythical beast. David Burchell shows how to do it in Government haunted by great unwashed.
His ostensible subject is the recent and ongoing controversy about boat people, but he's really out to kick the can in the standard manner.
Two of Labor's key constituencies - striving outer-suburbanites and morally elevated inner-city folk - cleaved in precisely opposite directions on the issue of border protection, the one group retreating into anxious nationalism, the other leaping into postures of operatic moral outrage. The consequences of that rift spilled through electorates, ALP branches and even the parliamentary party.
Yes, it's simple-minded reductionism at its best, an art cultivated by Piers Akerman in the Daily Terror on a regular basis, but also as a bastion for commentary in The Australian.
So how do we pick our morally elevated inner city dweller, excluding of course Chinese folk in Haymarket and Russell Crowe living on the harbour? Why they read The Monthly of course, and are quite possibly disillusioned idealists and are certainly old-style romantic socialists full of class-based rhetoric.
Here, perhaps, lies the thread that helps explain why Labor's senior spokespeople have looked so thoroughly discomfited during the past few days and why the PM, the most skilled and assiduous spin doctor of his day, seemed unaccountably to fall mute for the course of an entire calendar day. For if there's one dark and unmentionable fact about the events of 2001 and the Labor Party, it is that this was when a significant number of idealistic Labor figures fell headlong out of love with the Australian people and even with democracy in general. Some prominent Labor figures (including one who was soon to be elected party secretary) wondered aloud whether Australians were not fundamentally ill at heart. Others privately uttered dark comparisons with the supine citizens of Nazi Germany.

Ah yes, the filthy socialists and their Nazi gibes, so untrusting of the exquisite antennae of outer suburban dwellers, and breaking Godwin's law on a daily basis, the fiends. That's why they lost the last election. (What's that you say, they won? In a canter. Sssh, don't tell David, it might upset him when he's doing his Moses routine and pronouncing the near and certain death and demise of the Rudd government).
Luckily none of this applies to me, as I hail from heartland country. I come from a land so pure and true and Australian that I thought The Monthly was some kind of joke about The Australian Women's Weekly. Where the blue skies go on for ever, and the blue green algae thrives in the dam and makes the water taste like an iron ore mine, and the black and white magpies dive bomb hapless commies if they stay overnight in a motel searching for redemption via country music.
Which leads me to something Crikey noted today, having lifted it from Mike Steketee in The Australian:
The latest report from the UN High Commissioner for Refugees says asylum applications in Australia increased by 19 per cent last year, from 3980 to 4750. How many came by boat? Actually, 179 or fewer than 4 per cent.

The lowest form of politics was the kind conducted by the Howard government around boat people, and the inhuman punishment they dished out to people wanting to flee war zones like Afghanistan, a war zone in which we play some kind of promotional part as our soldiers explain to the locals how they hail from the lucky country (in much the same way as we got a healthy dose of migrants from Vietnam as a result of turning it into a war zone).
Sure people smuggling is bad, and dying at sea is worse than living in fear on land. But the main problem facing these people is that they don't know how to do it the right way, which is to get a better class of people smuggler introduce you to Sydney airport, the worst airport in the land, while mug lair commentators run on about a few boats at sea.
Burchell's simple minded mendacious moralizing and easy juxtaposition of Monthly readers with outer suburban dwellers, who by his definition seem to be morally subterranean and certainly with unclean personal hygiene through failure to wash, is shallow and contemptible.
The hysteria about a few people arriving by sea illegally is bizarre in the extreme, and a measure of just how crude conservative politicians and commentators are in this country (sob, yes I admit it, my ancestors were boat people too).
But Burchell hasn't finished with his tarring and feathering. No, he has to go on endlessly about cynics and idealists in politics:
Even among the surviving authors of ancient Athens - the city that, we're told, had a purer and loftier democratic impulse than any other in history - we find a far greater number of cynics and sceptics than enthusiasts. In their dark nights of the soul the most radical elements in the American and French revolutions were wont to confess to their private diaries a powerful terror of the mobs they strove to lead during the day. If the Bolsheviks' and Maoists' faith in the people never wavered, that was only because they had long since replaced it with an official People of their own choosing.

By the same token, there is no more complete cynic about human nature than the disappointed political idealist. And this only makes logical sense. After all, if the definition of a political idealist is one who vests their highest hopes in politics, and if no one can really believe that their most dearly held life principles are in error (and how could they be?), then it follows that when those principles and popular attitudes collide, the people must be in error, and not merely once or twice as a matter of accident but thoroughly and incorrigibly. However, these are not sentiments appropriate to a representative national government, let alone one of a social democratic cast.

From this I gather that dark and sinister inner city morally elevated dwellers are somehow radical elements determined to do down Socrates, and to adopt, in the dark night of their souls, and their contempt for the people they seek to govern, a healthy practical solution like the guillotine. Or perhaps instead turn into Bolsheviks and Maoists. Or at least become utterly cynical disappointed political idealists, as opposed to commentariat columnists venting in The Australian.
Well one thing I can say to Burchell after a refreshing weekend killing bunnies - yes a humanist bunny killer - is that when he spouts this kind of demonic nonsense (and in the case of Athens silly as well), there's only one word for it.
Horseshit.
As for The Australian? 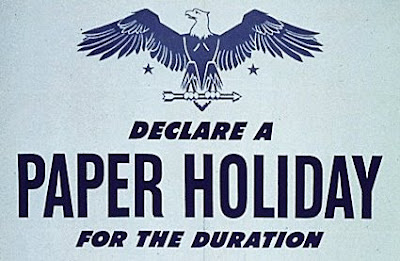 Posted by dorothy parker at 4:20 PM

Conversely, inner city dwellers- those mythical creatures - routinely display their utter ignorance of all that lies west of Burwood. That's the "Western Suburbs" which is some kind of great amorphous mass of ugh-boots and Cath and Kim lookalikes.
Those "mythical" inner city dwellers are snobs, a fact that everyone seems to get this except you.
By the way, there's nothing mythical about the cultural divide in sydney. Perhaps you don't live there, which is why you find it funny and absurd.

Never ever go where dragons live. Isn't that the golden rule?

By the way, you'll need to change Burwood's Wikipedia description:

Burwood is a suburb in the inner-west of Sydney, in the state of New South Wales, Australia.

Surely it should say Burwood is the dividing line marking the point at which ugg boots start to be worn by Kath and Kim clones (though perhaps you could start a new brand under the label "ugh").

Poor things probably don't know that 'inner west' is shorthand for snobbery. Or perhaps you don't live in the inner west, and therefore have no idea it's actually where your children live.

Anyhoo, the idea of facts that everyone seems to get except me somehow suddenly seems to be very mythical. Cultural divide? Ever tried living in the tower in Redfern?

Prejudice about snobs is just another form of snobbery cobber. But if you want to be classified as the great unwashed and morally degenerate, feel free to wear the label.