Paul Sheehan, Susan Boyle, Peter Costello, the broadband you don't need and the Telstra you do 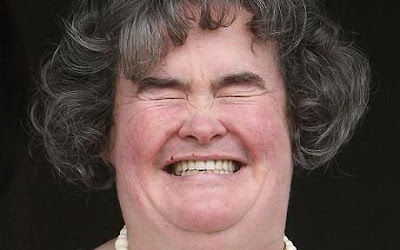 (Above: Susan Boyle dreams of Paul Sheehan, Peter Costello and the happy state of broadband in Australia).

Gone for a few days to the heartland and remember the values of the heartland, and that's all it takes for the loons to set up a right royal squawking and a flapping, and as you might expect, it's Paul Sheehan, and his clarion call is for the return of Peter Costello.
To get to this point, Sheehan takes a diverting path through the story of Susan Boyle, triumphant virgin, and now internet legend, featured on YouTube (and various other services) for her performance on the British talent quest show Got Talent. It somehow seems as if he thinks that Boyle, forsworn and unloved and now the toast of the intertubes is a harbinger, a kindly angel, heralding the arrival of the forgotten Costello, or at least that's how Trusted voice waits in the wings reads.
Sheehan gets rather teary eyed about Boyle, and her fifteen minutes in the sun, and recommends "any reader with access to the internet" to search out her performance. In particular he suggests that people watch the clips with the largest number of viewers on the basis of trusting the wisdom of the crowds.
It is also the latest example of the great and daily upswelling of democracy made possible by the communications revolution which has obliterated the old limitations between those who direct and those who are directed, between those who inform and those who are informed. The will of the people is finding more expression in multiplicities of new ways.
Wow, right on, the intertubes is working, the old ways are rapidly aging, things are changing, so you'd think that we'd want this nascent technology to get bigger and better, to keep on with the obliterating and the informing and the will of the people and the multiplicities of new ways. After all, it's only been around for a decade in its current form, and its development in Australia has been shamefully strangled by Telstra and profoundly ignored by the Howard government.
You know, then you might not have to put into a column a caveat about readers having access to the internet, like it was some strange, remote, exotic, expensive, foreign virtual world.
Especially as these new ways of doing things are home to the under thirty fives, the generations X, Y and Z who have no problem romping in ways in the virtual world that send Miranda the Devine and Susan Greenfield into a right royal tizz because it's re-shaping their brains and their minds into new plastic forms just like a William Gibson novel.
Bummer dude. It's actually all for the benefit of the baby boomers.
I have been wondering about the will of the people aged 35 and under, generations X, Y and presumably Z. I've been thinking about them a great deal, because I believe we may be witnessing one of the greatest acts of generational selfishness in our history, where one generation, the baby boomers, inflicts higher debt and taxes on the following generations to make its own life more comfortable.
That's right, Kevin Rudd is about to splurge $43 billon on a broadband network to make things happen for baby boomers, so as they shuffle off to their nursing homes, they can stay wired. Bugger the under thirty fives, it's got nothing to do with them, they'll be burdened with higher debt and taxes, and anyway won't have a clue about how to make use of a grand new network.
What they've got is good enough, and there's an end of it, and anyway it strips the market value out of Telstra.
If Sheehan writing about broadband is any guide to the accuracy and worth of his writing about climate change, then we're all doomed. One thing's for sure, you won't be watching Susan Boyle and her hideous neck decoration on a screen any larger than a postage stamp any time soon.
Anyhoo, Sheehan's solution to all this spending - comparing Rudd to Whitlam in what is becoming a constant meme for the right wing commentariat - is to bring back Costello. He talked to the man last week, and Costello apparently told him the level and manner of government spending was scarifying, and this led Sheehan to believe he will renominate for his seat when nominations are called in a month or two.
So the man who couldn't find a job out on the higher executive market, who preferred to sit and smirk on the back benches, and who meanders on in pious platitudes to Christian fundies, is suddenly the new Messiah.
... after the next election, after generations X, Y and Z have begun to realise the magnitude of the debt and taxes Rudd is leaving them, the electorate will at least want the option of a federal fire extinguisher. It cannot be Turnbull (merchant banker) or Joe Hockey (buffoon). It can be the federal treasurer who built the $90 billion firewall that has protected Australia from worse harm. Peter Costello: in case of emergency, break glass.
Well thank the lord the generations X, Y and Z won't be pleased by having upgraded broadband, because they realize deep down that'll save their brains from plastic transformations. And they'll just lap up Peter Costello, fundie lover, who stayed on long after decency required, hovering over his party like a black crow waiting to peck out over agonizing months the eyes from sweet lambs like Malcolm Turnbull.
I guess that's some kind of triumph for Susan Boyle and Paul Sheehan and the wisdom of the crowds, but I'd just as like believe in wisdom of the clowns. My own reaction to the return of Peter Costello as the messiah?
Stand up, hold on, let go, shout out,
Don’t barf, free fall, begin right now,
Get lost, get loud, wake up, break out,
Don’t stop ’till it feels like

Wo oh oh oh oh woah
Yeaaah
Wo oh oh oh oh woah
Don’t stop ’till it feels like
Wo oh oh oh oh woah
Wo oh oh oh oh woah
Oh and the heartland values I learned anew? Go to the club, eat everything you can, and get very very plump. The obesity epidemic is here in spades, and growing at a much faster rate than taxes, borrowings, or government spending. What is says about the country I've no idea, but it's a harsher and unhappier reality than noted in Sheehan's meanderings.
Perhaps it's all the fault of the intertubes, and people sitting down to watch Susan Boyle. Oh that's right, you can't do that in the country ... at least not where I went ... Oh well don't you mind, you just keep worrying about Telstra and its share value, since it's done so much yeoman work to advance the cause of broadband in this country over the last decade ...
(Below: Wes Carr, Australian singer songwriter, Australian Idol 2008 and author of the lyrics deployed above in his song Feels like Woah. Trying to sound like Bruce Springsteen but sounding more like John Cougar doing Little Pink Houses. Nothing wrong with that - we all loved the Cougar - but what the hell would he know about anything? Especially the state of broadband in Australia. Still he's blessed by the wisdom of the crowds. Remind me again, was that the wisdom of the Nazi loving crowds?) 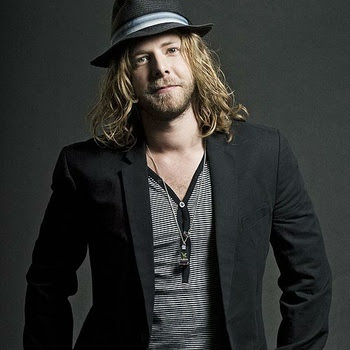 Posted by dorothy parker at 7:32 AM

I had almost a full weekend without my Dorothy anti-loon protection. The most essential Intertubes security solution.

Thought you might have noticed that the CIS has P.J. O'Rourke giving its annual lecture this week, in Luna (Loonah) Park. You couldn't script it better...

True to form The Australian is wildly excited about having a class international loon in the nest to write about the wonderful virtues of life in the mall and exercising economic freedom. Once went to a gigantic mall in Nashville, Tennessee and got lost in the myriad opportunities to buy crap from China. If that's freedom, I guess freedom's just another word for nothing left to lose, at least for me and Bobby McGee.