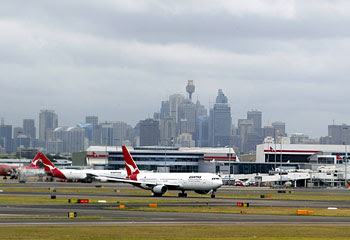 I hate noise, but looking for the lack of it in the big smoke is, as you say, loony. And also the countryside is noisy in its own way, as you point out. My grandmother moved from a busy city road to the bush a couple of years ago and said she missed the traffic. And Venice is always fascinating for being a city with very little vehicle noise.

Light pollution though is something that was harder, for me, in Sydney. Not seeing stars from horizon to horizon was a big downer at night. There's something about a big open sky, it nourishes something.

Nick, I'm with you. The light comes with the fear of the dark, and the cut purses and cut throats lurking therein. If you're out in the bush in central Australia, and look up at the vast number of stars amazingly visible, and see them in 3D stretching off into infinity, you know that in the trade off between city living and country wonder, a lot's been lost. Just as the Hay plain is unnerving to some but wonderful to me.

You can hate noise, yearn for Chris Whitley's Big Sky Country, just don't expect pious silence in a metropolis full by definition of noisy people and noisy machines, or expect to see the sky in a bright lights big city. Now when I go back home, or even to Adelaide, I get a shock at being able to see off to some kind of horizon. In the end, you become a city rat, unless you cling to the sea for some visual relief.

Every time I see a rice boy boom box vehicle it makes me laugh with joy. Such an absurd, surreal sight (and sound). It ain't the stars, it's the mud below, but it's the fun of being in the city ...