Miranda Devine, the evil intertubes, Susan Greenfield, synapses snapping and how the young are becoming inhuman 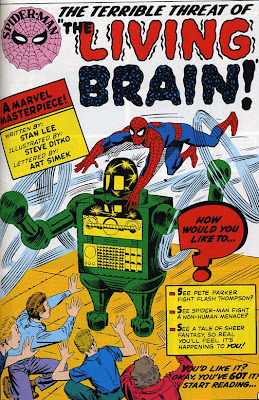 Gather around children and I'll tell you an unnerving, terrifying story, as dark and disturbing as meeting Freddie Krueger in your dreams. Back in the dim distant past, I read comics. It started with a Fleetway publication called Jack and Jill, long lost to the world. But then it shifted to Walt Disney comics and the inspired genius of Carl Barks, and before you know it, there I was reading about Superman's love life with Lois Lane.
At that point I became pale, haggard, reclusive, socially inept, sports phobic, unattractive, mentally inferior, intellectually diseased and morally polluted. All because I was a comics addict, all because I spent way too much time reading comics (not to mention the filthy, perverted Enid Blyton).
Don't believe me? Listen to the brave words of that pioneer Dr. Fredric Wertham to the US Senate:
The child today in the process of growing up is constantly exposed to sights and sounds of a kind and quality undreamed of in previous generations. As these sights and sounds can be a powerful force for good, so too can they be a powerful counterpoise working evil. Their very quantity makes them a factor to be reckoned with in determining the total climate encountered by today's children during their formative years.
And all that happened before the intertubes were born. Now imagine the disaster awaiting the sweet innocent young things - oh the humanity - who waste their time on the internet, who become addicted to all its sickening temptations.
Yes, that means you. Clearly if you're reading this you're a time waster, a moral degenerate, an intellectual failure, and a likely twitterer.
Now how can we crank this moral fear up to eleven? How can we whip up a level of hysteria once reserved in order for: movies, radio, television, comics, rock and roll, hippies, video games, techno, rap, raves, video games ...
Why let's turn to Miranda the Devine, air headed, bubble headed booby and recycler of hysteria extraordinaire, and her wonderful column MySpace cadets sliding into addiction.
Let's start with her strongest foot forward. Why there's the dux of a Sydney girls' school describing MySpace as MyEnemy, Jennifer Aniston reportedly dumping her boyfriend because of his Twitter addiction, and that bastion of free speech and freedom, China successfully enforcing time limits on teenage internet gamers.
Guess Communism must be good for something, eh Miranda. And as for Jennifer Aniston, rocket scientist and star of Friends, it's good to see she's so firm about Twitter, after going through Tate Donovan, Brad Pitt, Vince Vaughn, and John Mayer.
Still not satisfied that, as Miranda puts it, we're in a snapshot from the frontier of cyberspace? Still finding it hard to believe these are stunning, compelling examples of how mankind's new technological marvels are imposing burdens on brain cells they were never designed for, rewiring the architecture of our synapses and perhaps even changing what it means to be human?
Somehow the intertubes has managed to infect Miranda the Devine, made her less than human, and prone to hysterical outbursts. It's the only explanation ... the intertubes have struck again. Damn you Al Gore.
Okay let's wheel in an academic, who at other times would be lambasted by the Devine as a time wasting egg head spending useless hours wasting taxpayers money doing trivial research. Not any more. Not when he's exposing a huge cataclysmic disaster that's about to devour us all:
... according to a Flinders University social scientist, Dr Mubarak Ali, internet addiction is a real consequence of too many hours online. Currently researching the problem, Ali says internet addiction is so serious that by 2012 it will likely be classified as a mental disorder in Australia, akin to gambling addiction, only more widespread. "There is a big disaster likely to happen or is happening or not known to us yet. We don't have any resources to help people."
Ah yes, a mental disorder, perhaps like homosexuality. Or playing poker machines. The cure? A decent bout of electric shock treatment, or perhaps a lobotomy? Because the sky is likely to fall, or is falling but is not known as yet, or has fallen, and we don't have any way to prop up the sky?
Actually I can't wait until they invent a way to interface the brain with the intertubes, perhaps by way of a simple cable and a plug to the back of the skull. Or maybe wifi, but what happens when you get electrical interference? Bring it on. Funny how conservatives always fear the future. Bring it on.
But back to the fear mongering. The intertubes means the end of life as we know it. It can suck hours out of life, as opposed to sensible past times, like going binge drinking, or days and cash lost gambling in a casino, or watching endless replays of thugby league, or having endless cups of tea gossiping about who Jennifer Aniston is fucking at the moment.
Then - as you'd expect - enter Susan Greenfield, courtesy the Devine, chief peddler of hysteria in this area, without ever bothering to be able to establish any of her claims through actual science. Grist for the Devine mill, since she doesn't give a stuff about scientific method either. Now bear in mind that Greenfield hasn't proven any of the following, and the Devine is incapable of proving anything at all:
In a speech to the House of Lords last month, an Oxford University neuroscientist, Susan Greenfield, warned about the effect on the brain of friendship through a screen on MySpace, Facebook, Bebo and Twitter. They can effectively rewire children's synapses, "infantilising" the brain and eroding attention-span and empathy.

She compared the addictive nature of the sites to the thrill of compulsive gambling or compulsive eating. The "sheer compulsion of reliable and almost immediate reward is being linked to similar chemical systems in the brain that may also play a part in drug addiction". Online gaming and social networking "are devoid of cohesive narrative and long-term significance".

The consequence is that "the mid-21st century mind might almost be infantilised, characterised by short attention spans, sensationalism, inability to empathise and a shaky sense of identity". Substituting screen friendships for real life friendships means the "plastic" - ever adaptable - human brain will lose important skills.
Terrifying, if it was true, but even more terrifying that the Devine doesn't have the skill to include all the half assed modifiers, reductive suggestions, and evocative explorations of possibilities that Greenfield uses as her scientific 'get out of jail free after making rabid statements that are yet to be proved in any way' card.
Oh wait, the Devine does quote Greenfield admitting the consequences to young brains of screen immersion is still inconclusive. Well let's return to the good Ali, who reassures us that endless worry about the intertubes is still vital, essential and worthwhile.
Sleep deprivation leads to lost opportunities and education foregone, and teenagers are immensely susceptible because their impulse control is so weak. Many of them are already in the trap - why only the other day a mother got in touch to tell of her two sons stopping going to school because they were internet addicts. One cheeky brat he said he learned more sitting in front of the computer playing games and browsing the net than going to school.
Yes from these two exemplary studies we can conclude that the entire teenage population of Australia is at dire and immediate risk.
The good Ali argues that the destructive potential of internet use is equivalent to industrial pollution. But hang on Miranda, you keep telling us we don't have to worry about polluting the planet with carbon, she'll be right.
Suddenly we now have to worry about cleaning up the internet and making it conform to Islamic fundie standards of decency? Or so it's safe for five year olds? So we can all think and be like five year olds?
Anyhoo, the Devine gets deep, really deep. What are the consequences for human societies, she asks, if brain research is showing that internet use can profoundly alter the personality and identity of individuals? Well actually the research isn't showing that at all.
But never mind, let's just quote Greenfield about a loss of empathy in young people, and a tendency for them to become impulsive and solipsistic.
Then Devine jumps the shark, as she always does. Somehow this gets linked to reports of the indifferent attitude of bystanders at Yagoona and Burwood to a couple of car crashes. How on earth does this connect to the internet? Did Devine do a survey to prove the callous onlookers were all heavy internet users, as opposed to heavy television viewers, as opposed to heavy radio listeners, as opposed to sex fiends?
In any case, if you want a different perspective on that Daily Terror beat up, go to Sophie Black's story in Crikey headed And the Wankley goes to ... The Daily Tele's gore porn. It says it all.
For Devine to wheel this into a story about the effect of the internet is actually intellectual porn, of a particularly dumb kind.
Devine almost grasps this: Blaming such callousness on the internet may seem like an overreach, but then of course she proceeds to do just that ... but it stands to reason that if you don't interact with strangers as flesh and blood, sooner or later it becomes easier to disregard their pain.
Is that why you write such twaddle regularly Miranda? You stick it up on the intertubes, and then unsuspecting strangers, real people made of flesh and blood, come along and read it, and you find it very easy to disregard their pain?
Because trust me Miranda, there's pain, and it's not of a divine kind. It's hideous, transforming, beastly, ghastly pain. You should stop acting like an internet vampire, a succubus using the thing you purport to revile to bring us all to a zombie-like condition where words like science and meaning involve no science, and even less meaning ...
Oh and if you want to help Dr. Ali's research, Miranda gives contact details. Great, and it seems he's embarking on it with deep scientific rigor, and without already having tried and found guilty the dastardly, brain warping intertubes.
(Below: how it all started. Young people be warned. This can happen to you too. There are many comics on the internet. If read in conjunction with Miranda Devine's musings, your mind will turn to mush:) 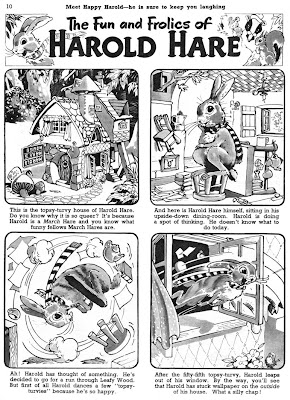 Posted by dorothy parker at 9:19 AM