Russell Crowe, Gladiators, Pissed Parrots and Manly Drinking for the Under 16s 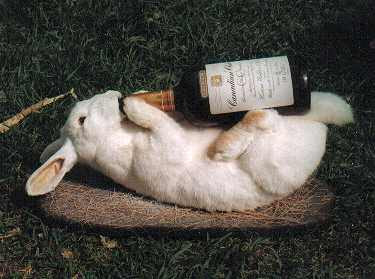 The weekend's getting closer and closer. I can feel it. Time to whip out a cheap alcopop, thanks to brave Senator Steve Fielding, and join in the festivities over at South Sydney. Don't know the words to the song? Here they are:

Now that we're all round the bar
And the captain's declared it a quorum
We're drinking through the night
We're having the time of our lives
Throw the empties away, start again - start again
For the boys of South Sydney are together
And we'll drink till the dawn breaks again
And may the sessions of South Sydney last forever
Up the Rabbitohs.

Some bright spark seems to have changed the words 'drinking' and 'drink' to 'singing' and 'sing', in honor of under 16 year olds singing the South's victory song, but it doesn't really hide the sentiments, does it?

Let's not beat about the bush. The song's about getting as pissed as a parrot.
Rugby League's a beer-sodden culture? No, get away, you poncy, pansy, arty wanker.
Doesn't it warm you the cockles of your heart to see Aussie blokes being so dinkum, so drunken, so genuine? 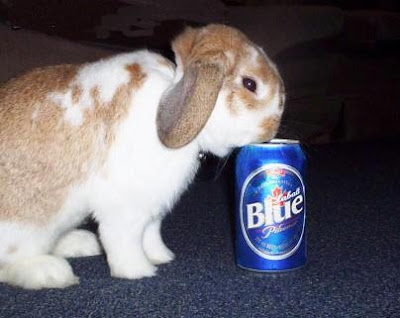 In case you have no idea what this is about - suspect you might be a foreigner or worse still a Victorian - here's the Russell Crowe co-owned South Sydney League's proud logo. You already know the club song. Now go cheer the bunnies:

Posted by dorothy parker at 2:04 PM