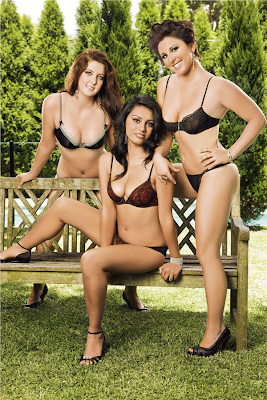 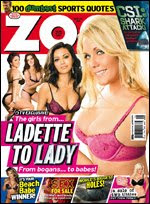 Posted by dorothy parker at 7:51 AM

Spot on. I am sure no one really wants to be a 'lady' as portrayed on the show.

However I am sure some of them got something out of the experience. Nicole probably has had an increase in self esteem from winning the show.

Yep for participants in a reality TV show, the show and life after the show is what you make of it. I'm sure The Farmer Wants a Wife is as good a way as any to do a little dating, while getting a gig as a dancer, or a singer, or a cook, or a comedian or a model in a TV tryout is fine if you can win the audience. I'm less convinced by The Bachelor, Joe Millionaire or Average Joe, but whatever lights your wick is okay by me.

No harm done, everybody knows the rules of the game, has their 15 minutes in the sun, then moves along, and it's nice if you're the winner, whether losing the most weight or being pronounced best lady. Trying to turn the reality TV experience into meaningful insights into the weaker sex is where Devine leaves the goggle box for the lunasphere.

Part of the cuteness of the device for this show is to take extremes and fling them together to get tension - Oz bogan meets Brit twit. You could do the same with Brit upper class twits meets outback rodeo riding bullocky so he can whip them into shape. Or how about sending an indigenous kid to Eton? Or Prince Charlie clone does a term at Timbertop? (sorry, I keep on thinking up sub-Survivor ideas).

Sometimes the things that happen on the TV are best left on the TV. Clearly Devine got hooked - score one for the show's producers - and then took it all as being terribly revelatory - score two for the show's producers. But her column says a heck of a lot more about her than the show. I'm guessing she's secretly entranced by bogans as well as by wanting to live in Brideshead Revisited.

Good luck to the participants and the producers, and a shame Devine ends up sounding like a barbie loon without any showbiz brains.